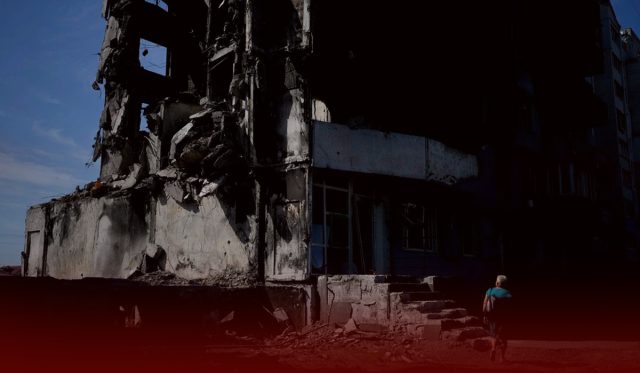 Ukrainian officials say that Russia launched missile airstrikes on the Ukrainian southern Odesa region, killing at least twenty-one people. DSNS, the state emergency service, says the attack killed around sixteen people when a missile hit a nine-story building in the village of Serhiyivka. However, another strike killed five people, including a child, on a holiday resort in the village.

During the past few days, Russian forces fired several missiles on Ukrainian cities. However, Kremlin spokesperson Dmitry Peskov again denied that the Russian military was hitting civilian targets. Peskov told BBC News that they heard three massive explosions during the missile attacks, and now there is nothing left of the recreation center. Further, he added that they never thought this could happen as the village was tranquil.

According to DSNS, the airstrikes hit Serhiyivka at around 01:00 pm local time on Friday. In released video footage from the channel, one can see firefighters searching for survivors and removing the dead bodies from the debris of the building. DSNS statement said that thirty-eight individuals, including six kids injured in the deadly attack.

Serhiy Bratchuk, the spokesperson for Odesa regional administration, said that it is believed that the Russian military used Soviet-era X-22 missiles in the airstrikes. He added that Odesa residents lived in fear of further attacks from the Russian army.

Other Developments regarding the Russian-Ukraine War