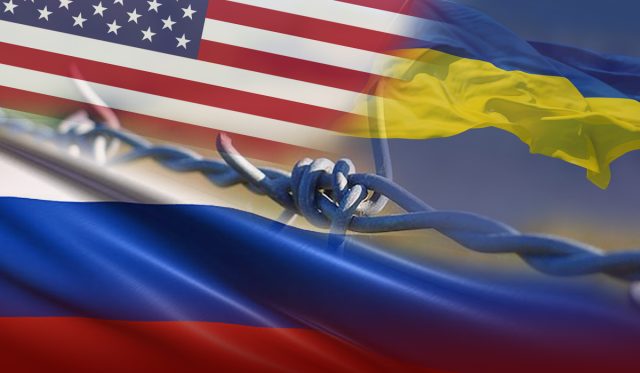 On Saturday, the Russian Defense Ministry announced to deploy ten thousand troops along the Ukraine border. The announcement raised the alarm for Western officials that Russia may invade Ukraine. Last week, Russian President Vladimir Putin signaled the willingness of Russia to sit down for negotiations with the U.S. and NATO forces amid growing tensions, driven by Russia deploying over one hundred thousand military members near its borders with Ukraine.

Sergey Lavrov, the Russian Foreign Minister, expressed in a televised interview Monday that Moscow was waiting for the response of NATO forces to many conditions for dialogs to take place over security concerns that the West is wanting. Lavrov said that negotiations with American officials would possibly occur right after the celebrations of New Year, but that Russia is still waiting for a deal over parameters for the talks with NATO.

🇷🇺#Russia Deputy FM Sergey #Ryabkov: We must stop #NATO eastward expansion, exclude Ukraine’s joining NATO, guarantee our security, at least on the positions that existed in 1997 when the Russia-NATO Founding Act was signed.🔻 https://t.co/XPeTeyxnzf

The security guarantees Putin is demanding would bar any expansion of NATO forces and would reverse any NATO armed presence in the central European or Baltic states which joined the Western alliance in waves since 1999. In addition, Moscow is adamant that the ex-Soviet states of Ukraine or Georgia shouldn’t join the Atlantic alliance.

NATO allies and the United States said that they are willing to start negotiations with Russia, Western ambassadors waned Moscow security proposals are unacceptable in their present form. Furthermore, during a conference call last week, Karen Donfried, the United States Assistant Secretary of State, said that discussions would have better prospects if Russia de-escalated its military backlog along the Ukraine border.

Moscow is Considering Launching an Invasion against Ukraine

The United States and NATO officials have resolved that Moscow is unfair to seek a prohibition over the foreign policy direction. But, according to the Western officials, they still have concerns that Russia is still planning to invade Ukraine unless NATO agrees to Kremlin demands that would overturn the Western alliance as it evolved since the Cold War ended. They also raised their mounting concerns that Moscow is considering a repeat of 2014 when Russia invaded Crimea and used armed delegations to conquer a large area of the Donbass region in eastern Ukraine.

The military pullout announced Saturday amounts to only ten percent of the 122000 Russian troops, Ukraine, and Western intelligence agencies calculated the statistics since October. In addition, Russian military officials said that they are pulling out ten thousand troops from near Ukraine because they completed their objective in snap drills, replicating a response to a heavy airstrike on Russia.