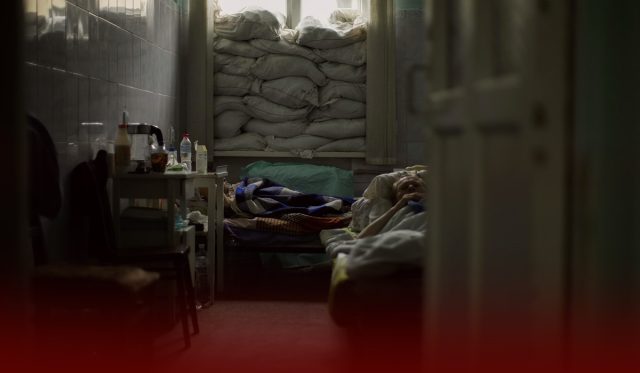 The first war crimes trial since Russia invaded Ukraine three months ago resulted in the maximum sentence for a Russian soldier who admitted to killing a Ukrainian civilian. Earlier this week, a twenty-one-year-old Russian soldier was found guilty of killing an unarmed civilian in Ukraine.

Sgt. Vadim Shishimarin pleaded guilty to killing a sixty-two-year-old Ukrainian man in the northeastern Sumy region but said he was following orders, according to a court in Kyiv. However, the Ukrainian criminal code found him guilty of premeditated murder and violating “the rules and customs of war.”

During the initial days of the Russian aggression in late February, Shishimarin admitted to shooting Oleksandr Shelipov, pushing his bicycle near the Chupakhivka village, near the Russian border. According to the Ukrainian prosecutor general, Iryna Venediktova, the man died on the spot some meters from his home.

In a video address to executives and world leaders at the World Economic Forum in Davos, Switzerland, Ukrainian President Volodymyr Zelenskyy called for maximum sanctions against Russia. Ukraine’s prosecutors are investigating thousands of possible Russian war crimes. During the Moscow airstrike on Mariupol, Russian forces bombed a theater where civilians were sheltering and stuck in a maternity hospital.

Following Russian forces’ withdrawal from the Ukrainian capital, Kyiv weeks ago, local officials discovered mass graves. They also found strewn bodies all over the streets in towns like Bucha. Kremlin spokesman Dmitry Peskov said before the sentencing that Moscow would consider attempting to defend the soldier through other channels if it cannot defend him directly on the ground.

On the other hand, Russian officials threatened to hold court trials against captured Ukrainians (fighters) who held out at the shattered steelworks of Mariupol, the last stronghold of resistance in the city. Last week, they surrendered, and authorities took them prisoner, at which stage Russians claimed that they had completed the seizure of Mariupol.

An ongoing trial involves two Russian troops charged with war crimes for allegedly shelling civilian targets in the Kharkiv region of Ukraine. The Washington Post reported that legal experts said Ukraine appears to be following international guidelines on the trial of war crimes, including the right of the alleged criminal to a fair trial by an independent court.