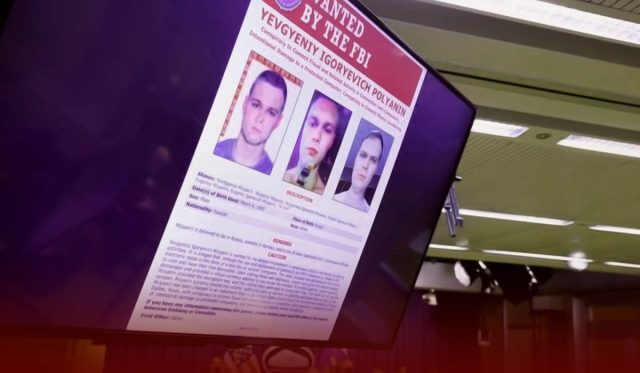 On Monday, the United States prosecutors said they charged a Ukrainian person with initiating a July ransomware attack on an American company that infected around fifteen hundred businesses across the world. Officials also said they grabbed roughly six million dollars in ransom payments made to a Russian man accused of initiating over three thousand other attacks targeting American firms.

A lawsuit filed in the southwestern state of Texas by the U.S. Department of Justice accused Yaroslav Vasinskyi, a Ukrainian man arrested in Poland last month, of launching the ransomware attack – Revil on U.S.-based company Kaseya, an international information technology software infrastructure supplier, which resulted in affecting its customers across the world.

Vasinskyi and Russian Yaroslav Polyanin, who carried accused in other attacks, faced charges with conspiracy to commit conspiracy and fraud to commit money laundering, among other legal charges. Moreover, the United States Treasury Department said the two persons face sanctions and legal challenges for their roles in launching other ransomware attacks in the United States, along with establishing a virtual currency exchange named Chatex for easing financial transactions for ransomware actors.

Joe Biden, the President of the United States, urged Russian President Vladimir Putin to discourage providing a haven for cybercriminals in his country, where several of the attacks believed to originate. Hackers locked up the computer operations of companies from far and demanded a huge amount in ransom payments to let the companies resume their everyday operations.

According to authorities, the July cyber-attack affected a broadly used software tool made by Kaseya, and its customers were instantly infected with REvil encryption. As a result, some companies paid hackers totaling millions of dollars in cryptocurrencies to restart their business operations. However, a master decoding key ultimately recovered by officials and distributed weeks ahead.

On Monday, Europol said that Romanian officials arrested two people last week suspected of cyberattacks using the REvil ransomware. He also said that the authorities in Ukraine and Switzerland targeted twelve individuals in raids suspected of raising ransomware attacks against firms or infrastructures in seventy-one countries.

Read Also: US investigators have recovered millions in cryptocurrency