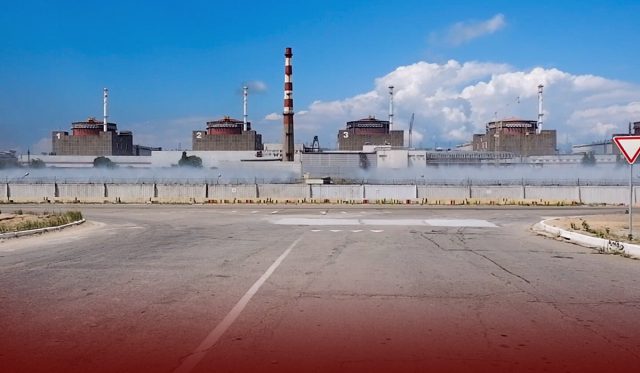 As Russia and Ukraine again accuse each other of firing weapons near a nuclear power plant, the United Nations calls for immediate access to the plant. The power plant is across the Dnieper River from Marhanets, where Russian forces fired more than 40 rockets. According to Valentyn Reznichenko, the region’s governor, three civilians were injured in the attack, including a 12-year-old boy. Moscow accused Kyiv of firing at the nuclear plant.

In response to accusations that both Russia and Ukraine fired weapons near the power plant on Friday, the United Nations is calling for immediate access to a nuclear power plant. Over 40 rockets were fired by Russian forces at Marhanets, according to Ukrainian officials.#Russia pic.twitter.com/x16rSrspTk

Nuclear disaster is a real risk without stopping the fighting and allowing inspectors inside the facility, according to the head of the International Atomic Energy Agency (IAE). Rafael Grossi, director of the International Atomic Energy Agency, told the U.N. Security Council late Thursday that the situation was grave. Russian forces allegedly used Zaporizhzhia as a shield to fire at Ukrainian army positions. A mission from the IAEA is urgently needed. Over the past two weeks, heavy shelling has been reported near the plant.

There is still Ukrainian staff operating the plant, but it is under the control of Russian soldiers. In addition to knowing that the Russians have been there for quite some time, a senior U.S. military official told reporters Friday that the Russians had fired artillery, specifically rockets, around the power plant, refuting Russian assertions that Ukrainian forces had targeted the plant.

In a separate statement, U.N. Secretary-General Antonio Guterres stressed the importance of avoiding using the Zaporizhzhia nuclear plant for military purposes. In addition, to ensure the area’s safety, a binding agreement on a safe perimeter of demilitarization is needed on a technical level. On Friday, Volodymyr Zelensky, the President of Ukraine, urged the U.S. and other nations to label Moscow, a state sponsor of terrorism.

On the other hand, a senior Moscow official said that democratic relations between Russia and the U.S. would be badly hurt if the United States Senate approved a law labeling Moscow a state sponsor of terrorism. Moreover, a report by Russia’s Tass news agency quoted Alexander Darchiyev, director of the Russian Foreign Ministry’s North American department, as saying that the action would have severe collateral damage to bilateral diplomatic relations, possibly even resulting in their downgrading or even dissolution.

At the Russian-operated Saki military air base in western Crimea on Tuesday, 60 Russian pilots and technicians were killed, according to a senior Ukrainian official. On Friday, Anton Gerashchenko, a Ukrainian government adviser, told The New York Times that Russia’s claim that only munitions were exploded was “a blatant lie.”

A United States assessment revealed that some Russian fighter jets, several Russian fighter-bombers, a Russian surveillance aircraft, and a “pretty significant cache” of weapons were destroyed. According to British military intelligence, satellite images showed that several fighter jets and at least five bombers had been destroyed at the base earlier this week.