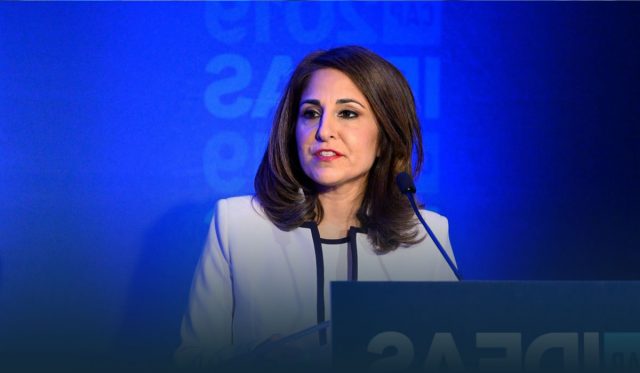 President Joe Biden’s pick for the director of Management & Budget, Neera Tanden instantly opposed by concerns over her nomination from both political parties when she appeared before the Budget Committee of the Senate on Wednesday. Representatives from both parties called out Tanden for personal attacks and her statements on social media.

In addition, Senator Bernie Sanders, the committee chairman, said that he concerned about the millions of dollars the Center for American Progress (public policy research and advocacy organization) that Tanden used to run received from special interest groups and large corporations. Sanders says in his opening comments before he votes on her nomination, he and other members of the committee need to know that those donations that she secured at the Center for American Progress will not influence her decision-making at the Office of Management and Budget.

Ranking member Senator Lindsey Graham then said that he didn’t care about where the money of CAP came from, whereas he concerned about some of the past statements of Tanden. Graham also mentioned Tanden as saying that the capacity of the Republican Party for evil knows no bounds. Afterward, he noted that the contempt of Tanden not limited to GOP leaders referencing a tweet in which she said that Russia did too much to help Bernie Sanders than the random internal emails of the DNC did to help Hillary.

Seriously this is ridiculous. I’m not for litigating the primary, but from what we know now, Russia did a lot more to help Bernie than the DNC’s random internal emails did to help Hillary. Try to actually look at some facts. This whole attack is a joke.

Neera Tanden regrets her past language

Tanden talked about her previous remarks in her opening statement, saying that in the last some years, it has been part of her role as an impassioned advocate. Moreover, she shows regrets for her past language and expressed that regret to Senator Sanders and other committee members. Later, Sanders directly asked Tanden about her previous statements to start the question-and-answer portion of the hearing.

According to him, Sanders said that most of them understand the importance that they should discuss the issue and try to lessen the level of brutal and personal attacks that appeared as so dominant all over the country today. He said all this before receiving a letter from Republican Party citing its concern with the past attacks of Tanden. Sanders further stated that your attacks definitely not made against Republicans.

They made many vicious attacks against progressives, people who worked with him. However, Tanden accepts that now she recognizes the real damage that her statements caused, and she feels bad about the damage. She regretted it and recognized the importance for her to demonstrate that she worked with others, and she looks ahead to take that burden and apologized to all people who get hurt from her words, Tanden added.

Bernie Sanders went on to once again bring up the millions of dollars the Center for American Progress received from big corporations under the direction of Tanden, representing some of the most influential interests in the country. In addition, he said that since 2014, the group gained almost $5.5 million from Walmart, about $1.4 million from Google, nine hundred thousand dollars from Bank of America, eight hundred thousand dollars from Facebook, and about $550000 from Amazon.

Furthermore, Tanden gives assurance to the senator that these donations will have zero impact on her decision making, and she will act on behalf of the interests of citizens of the United States. The hearing on Wednesday was the second hearing of Tanden on consecutive days. One day before, she appeared before the Senate Homeland Security and Governmental Affairs Committee and also apologized for her past statements.

The first Republican leader on the Senate Homeland Security Committee to question Tanden, Senator Rob Portman, instantly brought up the Twitter posts of Tanden, most of them she deleted last year. Portman said that the tone, the aggressive partisanship, and the content of her public statements added to the upsetting trend of more discourtesy and division in public life. Whereas, in her case, her personal attacks and words about specific senators will make it difficult for her to work with them.

The Ohio senator cited many examples of Tanden’s statements, including her calling Senator Susan Collins the worst and Senator Tom Cotton a fraud. She also said that vampires have a kinder heart than Cruz and referred Voldemort to the Harry Potter villain and then-Senate Majority Leader Mitch McConnell as Moscow Mitch. Tanden replied that she recognized the concern and her bipartisan role.