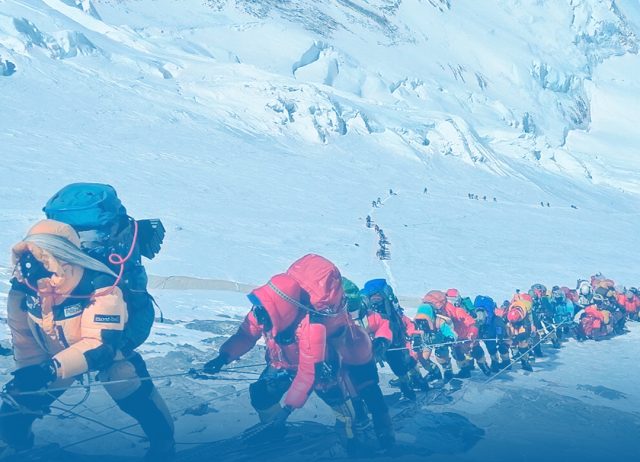 A drive to get rid of 35,000 kilograms of rubbish from Everest and five other Himalayan Peaks recently announced by Nepalese government has been criticized by country’s leading Mountaineers.

The authorities claim that army will be used to clear the peaks of waste costing 860m Nepali rupees or USD 7.5 million. The government last year was able to clear and dump about 10,000 kilograms of waste from its tourist hotbed. But Kami Rita Sherpa who has conquered Everest exactly two dozen times is of the view that the government do not have the capacity to reach the highest points of the region.

“They collected garbage from lower altitudes,” Sherpa told BBC Nepali, adding: “They should mobilize Sherpas to clean up garbage from higher elevations. Only Sherpa guides and porters can do that. They should be given proper compensation to clean up the mountains.”

The six summits including Everest, Pumori, Makalu, Lhotse, Dhaulagiri and Amadablam experience a foot flow of mountaineers from across the world who often leave behind a cache of oxygen and cooking gas cylinders, food wrappers, cans and water bottles, climbing gear and other waste in an attempt scale the summits.

Many of the expeditioners have met the cold end to their decisions to rest in snow. Around 11 climbers died in 2019 and many of the bodies are still to be recovered and brought down. However, an uphill task in the true sense of the word, many think would need Sherpas if the government wants to clean the mess. 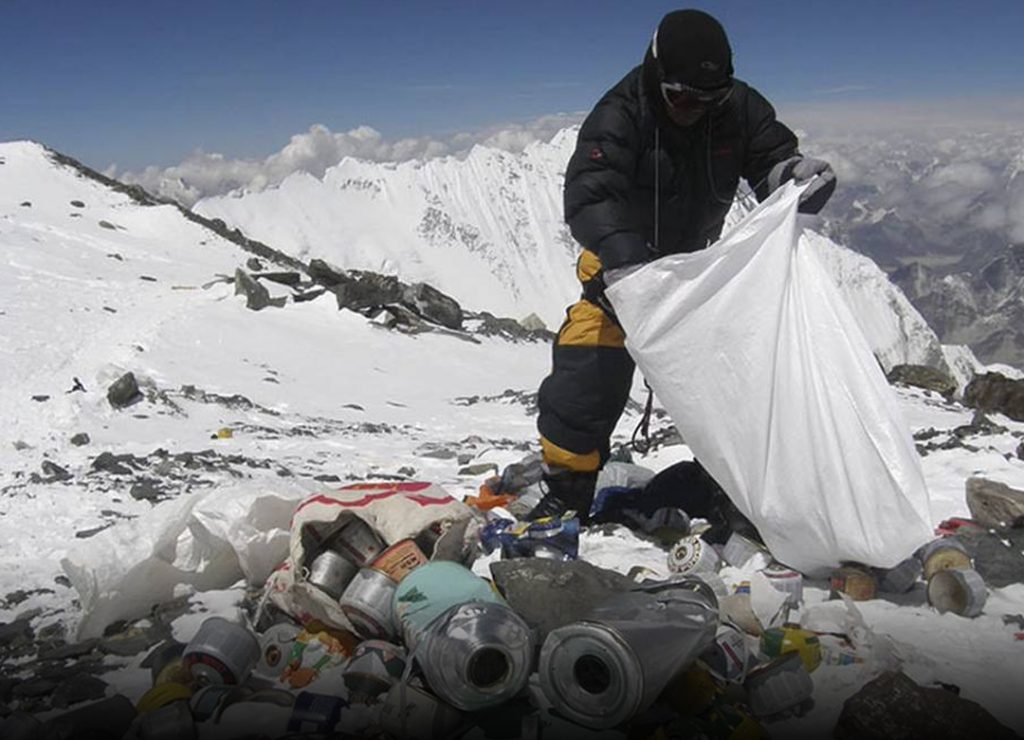 “Climbing Sherpas are the right people to clean up the peaks,” Purba Tashi Sherpa, who’s scaled Everest 21 times, said. “The government should keep that in mind.”

Nepali Army spokesman Bigyan Dev Pandey said he was confident his team would be able to successfully conclude the operation cleanup that ends by the June 2020.

“We are learning from our mistakes and working hard to clean up the mountains, including the higher elevations,” talking to BBC Nepali the spokesman said.

In a bid to educate people and keep the mountaineering region clean, Nepalese authorities have enforced measures to not pollute the highest points with litter. One of which is asking for a USD 400 deposit which will be returned if they are able to bring their waste back with them. But Sherpas will all of their skillset and experience admit that it is not an easy job.

Ang Tshering Sherpa, the former president of Nepal Mountaineering Association, told BBC Nepali: “It’s really hard to bring back heavy cylinders or dead bodies from the higher camps. Sherpa often risk their lives to do so. Most of the iced bodies weigh as much as 150kg, and that looks impossible for Sherpas to bring down.”