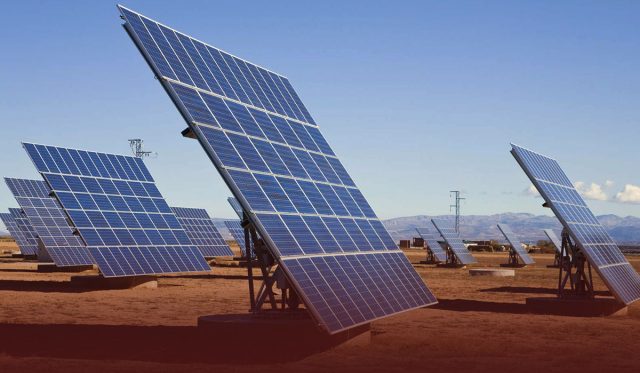 The latest federal report says that solar energy may likely power up to forty percent of the United States electricity within fifteen years – a ten-fold increase over present solar output. However, it would require considerable changes in American policy and billions of dollars in federal investment to update the electric grid of the country.

The Office of Energy Efficiency & Renewable Energy report of the Energy Department says the U.S. would need to four-fold its yearly solar capacity – and continue to increase its yearly – as it shifts to a renewable-dominant grid to combat the factual threat because of climate change. However, on Wednesday report was not proposed as a policy statement or management aim, officials said.

However, it intended to inspire and guide the following decade of solar innovation by helping to find answers to questions such as: How fast does solar energy need to enhance capacity and to what level? Jennifer Granholm, the Energy Secretary, stated that the research brightens the fact that solar energy, the fastest-growing and cheapest energy, could produce enough electricity for all the homes in the country by 2035 and facilitate over 1.5 million people in the process.

The report comes as United States President Joe Biden declared climate change had become a crisis during his official visit to regions flooded by the leftovers of Hurricane Ida. Moreover, the president warned Tuesday that it is time for the country to take serious actions about the code red threat of climate change or face the growing loss of property and life.

Report: Solar could power 40% of US electricity by 2035
President Joe Biden speaks as he tours a neighborhood impacted by flooding from the remnants of Hurricane Ida, Tuesday, Sept. 7, 2021, in the Queens borough of New York. (AP Photo/Evan Vucci)In this June 29, 2021 file pho… pic.twitter.com/2yDq98IEv3

Before visiting a New Jersey neighborhood devastated by severe blooding amid hurricane Ida, Biden said that the administration could prevent the whole thing from getting worse. The natural disaster gave the president an opening to obligate Congress to pass his plan to spend one trillion dollars to strengthen infrastructure countrywide, including water & sewer systems and electrical grids, to defend better against extreme weather conditions. Senate approved the legislation, and the House still to vote on it.

According to the Energy Department, in 2020, the United States installed a record fifteen gigawatts of solar energy generating capacity. Now, solar represents more than three percent of the current electricity supply. DOE’s National Renewable Energy Laboratory prepared the Solar Futures Study, and it shows that the U.S. would need to fourfold its annual solar capacity additions by 2035 and provide one thousand gigawatts of power to a renewable-dominant grid.

By 2050 in the U.S., solar energy could provide sixteen hundred gigawatts on the zero-carbon grid – producing more electricity than consumed in all commercial and residential buildings in the U.S. today, the report said. In addition, decarbonizing the whole energy system of the country could result in as many as three thousand gigawatts of solar energy by 2050 because of increased electrification in the buildings, transportation, and industrial sectors, the report said.

To reach such an increased goal, the United States must install an average of thirty gigawatts of solar capacity yearly between now and 2025 – double than its present rate – and sixty gigawatts yearly in five years from 2025 to 2030. CEO and president of the Solar Energy Industries Associations, Abigail Ross Hopper, said the report clarifies that the U.S. will not reach the decarbonization levels it needs without significant policy advances.

In addition, the solar group sent a letter to Congress yesterday from approximately seven hundred and fifty companies to make obvious recommended policy changes. Hopper said that with those policies, the president’s goals are definitely achievable.