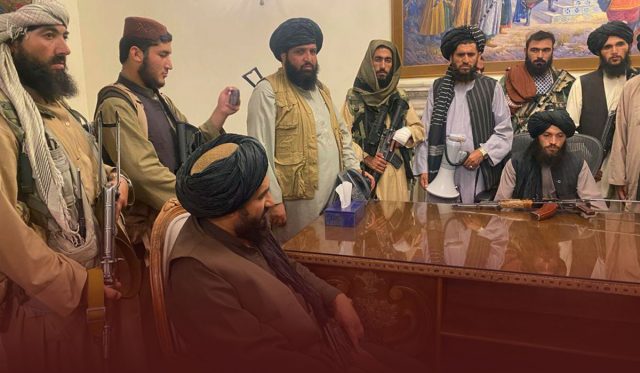 On Tuesday, the Taliban announced an all-male provisional government in Afghanistan loaded with experts of their hardline rule from the 1990s and the twenty-year war against the United States-led alliance. The international community may not support the decision and the new leaders of the country. Sirajuddin Haqqani, appointed as the interior minister of Afghanistan. He is on the most wanted list of the Federal Bureau of Investigation (FBI) with a $5 million bounty on his head and believed to still be holding at least one U.S. hostage.

TALIBAN FORM GOVERNMENT: The Taliban formed an acting Afghan government Tuesday, which includes leaders with ties to the hardline leadership of the past and a terrorist on the FBI’s “most wanted” list. pic.twitter.com/AYCLKVLAgk

Sirajuddin Haqqani led the feared Haqqani network that blamed for several deadly attacks and kidnappings. The announcement from the Taliban came some hours after they fired their guns into the air to scatter demonstrators in Kabul, the capital of Afghanistan, and arrested many journalists. As more as eighty percent of the budget of the country comes from the international community, and a prolonged economic crisis get worse in the last some months. Around maximum daily flights from Qatar bring in humanitarian aid, but the requirements are huge, and the insurgents’ government can hardly afford isolation.

The New Appointments from the Taliban are Temporary

Zabiullah Mujahid, the spokesperson of the Taliban emphasized that the recent appointments were temporary. However, he didn’t mention how long the provisional government will serve. Since capturing the country in mid-August after American troops’ evacuation, the insurgents didn’t reveal any indication to hold elections. The United States State Department expressed its concern that the Afghan Cabinet included only Taliban members, no figures with a disconcerting track record or women. Further, it added, the world would judge the new government of the country by its actions.

The World is Observing Closely

State Department said that the world is watching the actions of the new government closely. Mullah Hasan Akhund, the provisional prime minister, also led the Taliban government in the Afghan capital during the last years of its previous rule. Whereas Mullah Abdul Ghani Baradar, who headed dialogues with the United States and signed the agreement that results in evacuation, will be one of two deputies to Akhund. The policy statement accompanying the Cabinet announcement said that the Taliban message to the world, to the region, and neighbors are that the soil of Afghanistan will not be used against the other country’s security.

Moreover, it urged foreign diplomats, consulates, embassies, and humanitarian organizations to come back to Afghanistan. It added that their presence is the need of Afghanistan. Further, it assured to protect the rights of minorities and the needy and also promised education to all Afghanis within the framework of Sharia. Whereas it didn’t mention women in the three-page statement.  An ethnic Uzbek, Abdul Salam Hanafi, named as the second deputy to Hasan Akhund. He is a long-time member of the Taliban and is unlikely to fulfill demands for minority and inclusively representation.

Mullah Mohammad Yaqoob selected as the defense minister of the new government; he is the son of Taliban founder Mullah Mohammad Omar. In the last twenty years, the Haqqani network blamed for the dramatic attack in the Afghan capital and for kidnapping activities, usually of Americans. Additionally, the foreign minister of the Taliban government will be Amir Khan Muttaqi. On the other hand, Afghanistan’s previous government regularly blamed Pakistan for backing the Taliban but Islamabad denied all those allegations.