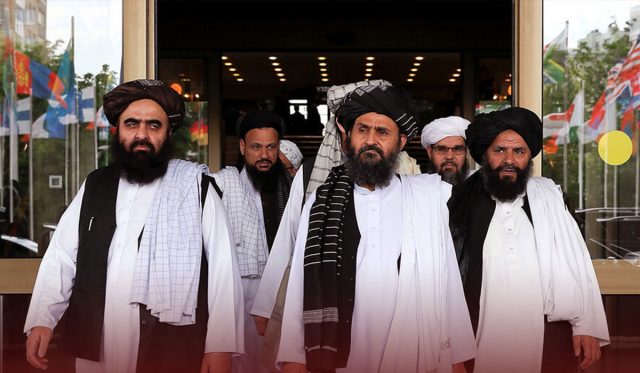 CNN contacted the local journalists of Afghanistan, and they told them that Afghan government forces are fighting heavily with the Taliban in the capital – Lashkar Gah of Helmand province. At present, the Taliban controlled many districts of the city. According to a tweet from the 215 Corps (an army unit), the Afghan military reinforced its presence in the city on Saturday by bringing special forces units. In another tweet, it said that forces killed thirty-six Taliban terrorists in the last twenty-four hours with the help of airstrikes and ground Ops the previous night.

36 #Taliban have been killed in 24h;
Clearing Ops were continuing from AIR & GROUND by #ANDSF in #Lashkargah. As a result of the ground Ops & airstrikes from 10pm last night until 17:00pm today, 36 Tb terrorists were killed & 19 others wounded. pic.twitter.com/6e5ONbLzeG

Lashkar Gah has a strategic position in all directions, including the highway between Herat and Kandahar and the key agricultural area to the south of the city. Taliban troops have had strong control of Helmand province for a long period, including around the capital, but it was unable to occupy any part of the capital since the U.S. and allied forces overthrew them in 2001. If Lashkar Gah were to fall to the Taliban forces, it would be the 1st of thirty-four provincial capitals of Afghanistan to be lost by the federal government.

However, the Taliban surrounded many other areas, which also controls many key highways across Afghanistan. In addition, the Taliban leaders accused an acquisitive enemy of killing civilian Afghans in an airstrike on the 7th district of Lashkar Gah, an area with heavy fights. Zabihullah Mujahid, the spokesperson of the Taliban, tweeted that the attacks from the enemy destroyed several houses and caused heavy financial losses to people.

One local journalist told CNN Sunday that clashes were blowing in the 1st and 7th districts, and the Taliban took control of the 9th. According to him, Afghan forces now only controlled one district. The 215 Corps tweeted on late Saturday that they killed fifty-one Taliban forces and wounded forty others in combat operations on the borders of the city.

The Afghan Ministry of Defense reports clashes in around thirteen provinces in the latest news bulletin and says that two hundred and fifty-four Taliban killed in the last day. Heavy fighting seen in northwest Afghanistan, the province of Herat. On Sunday, the Afghan Defense Ministry tweeted that hundreds of special forces reached Herat province. It adds that the forces will intensify offensive operations and defeat the Taliban in Herat.

After almost twenty years in Afghanistan, the United States President Joe Biden announced the final withdrawal of U.S. forces to end the longest war of America. Moreover, the Pentagon announced that around ninety-five percent of American troops left, and the Taliban instantly expanded their presence to crucial areas of the country.

The current speed of the defeat of Afghan security forces in different districts of the country raised concerns that the country’s capital, Kabul, could be next to fall. Furthermore, all U.S. forces, including the allied forces, expected to leave the country by 31st August. According to a U.S. non-profit, the Long War Journal, which tracks control of territory in Afghanistan, the Taliban troops now control thirteen to sixteen districts in Herat province.

According to the Long War Journal, the Taliban controls two hundred and twenty-three districts countrywide, with one hundred and sixteen contested and the Afghan government only holding sixty-eight. The falling security situation in the country in the wake of American forces withdrawal and Taliban gains forced around 295,000 people from their homes since, according to the United Nations Refugee Agency report that released on 21st July. It brings the total internally displaced Afghans to over 3.5 million.

The United Nations Assistance Mission in Afghanistan (UNAMA) documented around 5183 causalities of civilians since 2021 start. Among those casualties, 1659 killed and 3524 injured. It is a forty-seven percent increase compared with the same duration in 2020. Additionally, the United Nations stated that Afghanistan is on track for this year without a substantial cutback in violence to witness the highest ever number of registered civilian casualties in one year since UNAMA records started in 2009.