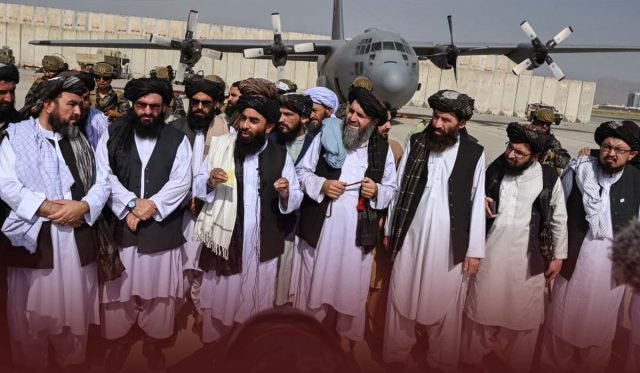 A local Taliban leader says that they have been swift to make their own courts in Afghanistan, and they will put every step to get a Taliban court. At present, the insurgents established several courts throughout the country, which reminds the previous harsh law & order policies of the Taliban. Local leaders, a judge, and his deputy participated in a meeting to discuss the dramatic change in the governance of the last weeks.

Qazi Ubaidullah, the Taliban judge, said that they asked the former judges how they used to work and replied that they were only following the land law instead of Sharia. Whereas in the Islamic Emirate, all the court proceedings are according to Sharia law. Still, it is not clear how radical the understanding of Sharia law was in the eyes of the Taliban this time – approximately two decades ago, and it led to the torture and targeting of several groups, including LGBTQ people, women, and ethnic minorities.

In recent weeks, despite the pledges from Taliban leaders after recapturing Kabul that they will deal with people politely, they threatened, targeted, and even executed media members, Afghan members, singers, and many other society members. Behind the scenes, there is obvious concern among many Afghan nationals about what the new Taliban regime means for them.

What is The Sharia Law?

Sharia, the Islamic law, is the Arabic word for the law. The origins of Sharia are from four sources of Islam: the Quran, the Sunnah & Hadis, Qiyas, and Ijma. With the spread of Islam to several areas and countries, the teachings from Quran and Hadith were reasoned, interpreted, and mixed with the local cultural agreement. However, in the modern era, with the rise of countries, kingdoms, the concept of separation of state and religion and the influence of Sharia on the law practiced in modern nations now changed.

Categories of Criminal Law According to the Sharia

Here below we will discuss some categories of Sharia criminal law:

Sins and crimes that the Sharia completely banned resulted in severe punishments like cutting off limbs, whipping, stoning, or execution. These offensives include drinking alcohol, unlawful sexual intercourse (Zina), unfounded accusations of Zina, some forms of theft and robbery. These are the limitations of Islam, and anyone who crosses these limits much faces penalties as per the Sharia law.

Qisas is the death penalty for murder, and it depends on the decision of family members of the victim or their heirs. Those people entitled to qisas have two options: receive Diyya (monetary compensation) or grant a pardon to the offender.

Tazir are those offensives where the penalty is at the choice of the judge. Since there is no definite punishment in the Sharia, these offensives include disobedience of Sharia principles as well as those offensives that don’t meet the criteria for Hudud, like eating pointed food, sexual contact without actual penetration, and attempted robbery, etc.

At present, just a few countries allow for the Hudud punishments for crimes, including Saudi Arabia, Indonesia, Iran, Afghanistan, Qatar, Brunei, Nigeria, Sudan, and Pakistan. However, Sharia is the basis of all Saudi law, and until recent past, it was common to publicly carry out extreme Hudud punishments.

Around twenty years ago, the Taliban insurgents imposed a very harsh and strict interpretation of the Sharia and banned women from stepping out of the horse, working, or getting an education. They also banned music and appointed monitors to enforce these rules with brutality and violence.

Now, the fundamental local concerns of the local Afghans still take precedence. Hence, the protests found across southeastern Afghanistan against the Taliban for the rights of women. An Afghan national said that they are facing problems with the economy and the Taliban should improve relations with the world.