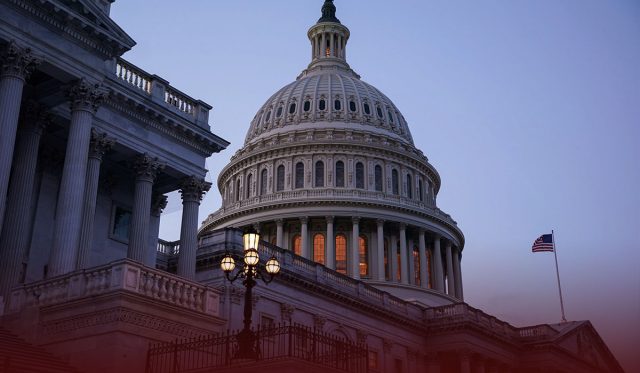 On Wednesday, the United States Senate hardly approved a $3.5 trillion budget resolution providing the framework for spending to expand family services, environmental, education, and health programs. The passed package includes several priorities of U.S. President Joe Biden, and only Democratic senators supported him with the vote 50-49.

Chuck Schumer, the Majority Leader at Senate, said that the budget resolution would provide significant investments in American families, jobs, and the struggle against climate change. Schumer tweeted that the package put the country on track to bring a generational revolution to how the U.S. economy works for average residents of America.

Ahead of the vote, Mitch McConnell, the Minority Leader at Senate, accepted on the floor of the Senate that the minority Republican leaders lacked the votes to stop the approval from the Democratic majority. However, he called the recently passed legislation absolutely jaw-dropping. McConnel said that only liberal people are doing liberal things using the procedure of Senate and the spending spree and reckless taxing is the worst thing in history.

President Biden tweeted that the Senate took an essential move toward approving his Build Back Better Agenda, his plan to cut taxes, create jobs, and lower costs for working families. He added that the program would achieve by ensuring that the wealthiest pay their fair share.

Last night, the Senate took an important step toward passing my Build Back Better Agenda — my plan to create jobs, cut taxes, and lower costs for working families, all paid for by making sure the wealthiest pay their fair share.

Government is once again working for the people.

Which Corporation and Individuals Hit Under New Legislation for Increase in Taxes?

Democratic leaders are going on under a special process such as budget reconciliation, but they lack Republican support. It allows the legislation to proceed with only a simple majority and not subject to a possible filibuster. The filibuster is an action that opposition leaders can use to delay or block a vote.

However, all Democratic leaders in the politically divided Senate (Democratic and Republican) voted to proceed with the spending package; not all planned to finally vote for the whole piece of legislation, leaving it open for broad dialogs. Previously, Senator Kyrsten Sinema and Senator Joe Manchin voiced their concerns about the cost of the proposals.

Manchin said on Wednesday that he has serious concerns about the serious outcomes facing West Virginia residents and every American family if Congress agrees to spend another $3.5 trillion. Further, he added that he strongly believes that continuous spending at reckless levels puts at risk the ability of Americans to respond to the unexpected crises the United States could face.

When will the House Consider the Legislation?

The House of Representatives, with the Democratic majority, is expected to consider the proposed legislation when its House members return from break in fifteen days. Furthermore, the details of the spending programs would fill out in the following legislation developed in the coming few months.