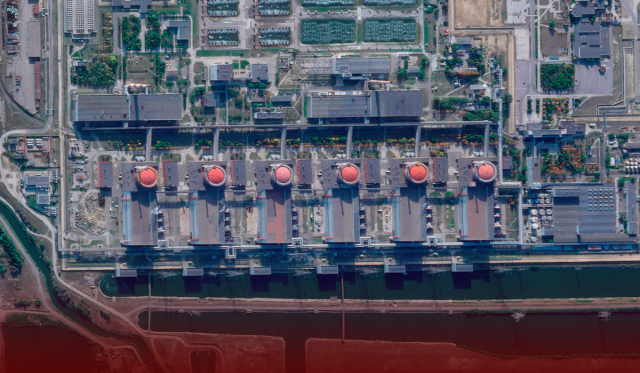 In the wake of Russia’s invasion of Ukraine, a UN atomic energy experts’ team is on its way to visit Ukraine’s Zaporizhzhia nuclear power plant. Rafa Mariano Grossi, Director General of the International Atomic Energy Agency (IAEA), tweeted that he would be leading a team to the power plant “later this week.” ‘The security and safety of Ukrainian and European nuclear facilities must be protected, Grossi said.

IAEA teams are on their way to the Ukrainian Zaporizhzhia plant. As the UN inspectors have sought access to the site for months, they are concerned that a nuclear disaster could result from fighting near the facility. Rafael Grossi said the IAEA mission is on its way to the plant pic.twitter.com/cjZ7EwpSqT

During the mission, IAEA officials will assess physical damage to the plant, evaluate the safety and security system functionality, evaluate staff conditions, and conduct “urgent safeguards activities.” Russian forces have controlled the plant site since the beginning of its six-month invasion, but Ukrainian nuclear experts are running it now. It is the only way to ensure the site’s safety that the international community demands Russia withdraw from the nuclear plant, Ukrainian Foreign Minister Dmytro Kuleba said on Monday in Stockholm.

In addition to Ukraine, Russia threatens the entire world, as the likely nuclear accident threatens the whole world,” Kuleba stated. Further, he said the mission would likely provide them with a clear statement of facts regarding nuclear safety protocol violations. A few hours later, the Kremlin accused Ukraine of putting Europe at risk by shelling the plant, requesting international pressure to reduce tensions.

The Ukrainian government has informed the agency that “all safety systems remain operational and radiation levels have not increased” despite multiple attacks in the area that Russia and Ukraine blame on each other. According to Ukrainian officials, Russia launched additional rocket and artillery attacks near the facility, resulting in significant damage.

In the eastern Ukrainian city of Nikopol, which lies nearly 10 kilometers away from the nuclear site, parts of the city were without power due to heavy fire during the night, said Valentyn Reznichenko, the governor of the Dnipropetrovsk region. An attack on another nearby city, Marhanets, caused damage to about a dozen homes.

Anatoliy Kurtev, a member of the Zaporizhzhia city council, said two people were injured in the attack on his city, about forty kilometers away from the nuclear plant. Igor Konashenkov, the spokesman for the Russian Defense Ministry, said shells fired by Ukrainian forces fell near facilities where radioactive waste and reactor fuel are stored.

As a result of fighting near the Zaporizhzhia nuclear power plant, the United States State Department blamed Moscow blocked the agreement document on nuclear nonproliferation. The statement also said it underlines the need for the U.S. and other nations to continue pressing Russia to end military activity near ZNPP and return control of the plant to Ukraine since the Russian Federation refused to accept such language despite overwhelming international consensus.

Currently, Moscow is not withdrawing its soldiers from the area to create a demilitarized zone but backs the IAEA’s work. An engineer at the Zaporizhzhia power plant who has been under Russian seizure since 4th March told a news agency that Russian forces are installing artillery weapons and missiles.

Mykhailo Podolyak tweeted accusing Russian forces of shelling Energodar cynically and systematically as a provocation for a bloody display aimed at intimidating local citizens and blaming the Ukrainian military so that their ‘nuclear’ crimes can be masked. In addition, Ukraine’s nuclear expert, Olga Kosharna, has expressed concern about the power plant’s safety, ranking it as a six on a scale of one to 10.