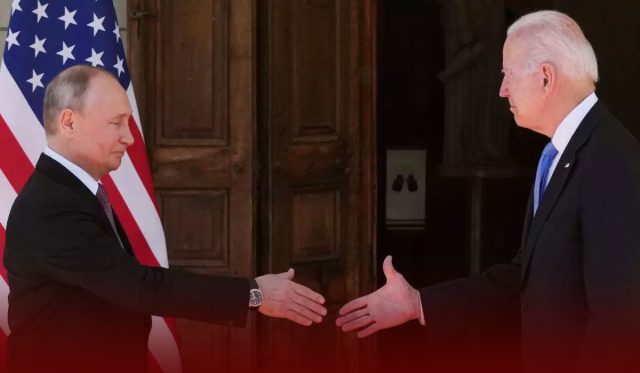 According to the officials of both countries, the United States and Russian officials settled on 10th January to hold talks about the respective military activity and combat growing tensions over the Ukraine issue. Moreover, a spokesman for the U.S. government announced late on Monday. He said the North Atlantic Treaty Organization (NATO) and Russia could also hold talks on 12th January. Another more critical meeting includes Washington, Moscow, and other European nations set for 13th January.

The United States and Russia will hold dialogs on 10th January to negotiate on nuclear arms control and growing tensions along the Russian-Ukraine border. pic.twitter.com/cABps1ABJ9

On Tuesday, Sergei Ryabkov, the Deputy Foreign Minister of Russia, confirmed the dates and said that he hoped the dialogs with the U.S. in Geneva (a financial center) would initiate a process that would give Russia new security guarantees from the West. Such guarantees are longstanding Moscow demands, which triggered the alarm for the Western powers by deploying a large number of soldiers near Ukraine in the last two months following its capture of the Crimea peninsula of Ukraine in 2014 and its support of separatists fighting Kyiv armed forces in eastern Ukraine.

The US, the EU, NATO talking to Russia

Furthermore, the European Union (E.U.) demanded to stay in any security pact. Josep Borrell, the foreign affairs chief of the E.U., said any discussions about its security must happen in collaboration with and participation of the European Union. Ryabkov said that the 12th January NATO meeting would be held in European Union hub Brussels, while the 13th January dialogs would involve the Vienna-based Organizations for Security & Cooperation in Europe, including the U.S., NATO allies, and Ukraine, Russia, and ex-Soviet states.

We support the idea of the US, the EU, NATO talking to Russia as long as the primary topic is ending the international armed conflict, Russia’s war on Ukraine. Euro-Atlantic security is at stake in Ukraine, therefore Ukraine should be part of security consultations on the matter.

What are the primary concerns?

Russian officials recently denied plans to invade Ukraine, but it says it could go ahead with unspecified armed action if the West doesn’t meet its security demands. Moscow sought legal binding guarantees that NATO would not expand further eastwards and the West would not deploy offensive weapons to Ukraine or other neighboring nations.

Furthermore, the United States government jeopardized slapping economic sanctions if Russia invaded Ukraine. It says it can’t pledge a sovereign state such as Ukraine would never join the NATO alliance. The United States National Security Council spokesman said that when they sit at the table for talks, they will put their concerns in front of other participants regarding the Russian activities. Further, he expressed that Ukraine would make no decisions without it.

A United States official, speaking on the condition of anonymity, told a news agency that the U.S. would keep the Harry Truman carrier in Europe for now rather than deploying it to the Middle East. In addition, the official said that they are not planning to move it closer to Ukraine, and despite the Russian military buildup, there was still no American warship in the Black Sea.

On Monday, President Joe Biden signed a spending bill into law that will provide around $300 million for an initiative supporting the armed forces of Ukraine and billions more for European defense broadly. The Russian invasion of Crimea and support for the nationalist insurgency in the east of Ukraine resulted in Kyiv losing control of a swath of territory in a dispute it says killed around fifteen thousand people.