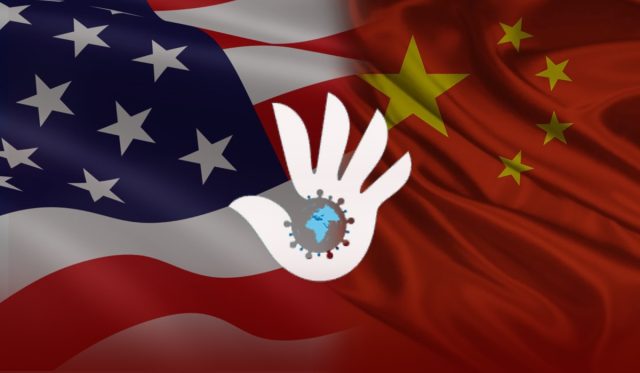 On Friday, the Biden government slapped sweeping human rights-related sanctions on several people and entities linked to North Korea, China, Bangladesh and added Chinese artificial intelligence (AI) company SenseTime Group to an investment blacklist. Furthermore, the United Kingdom and Canada joined the U.S. in striking severe sanctions regarding human rights abuses in Myanmar. At the same time, the U.S. also imposed the latest sanctions on North Korea under the government of President Joe Biden. It targeted military entities of Myanmar, among others, in action marking Human Rights Day.

Today, on International Human Rights Day, Treasury’s OFAC is designating 15 individuals & 10 entities for their connection to human rights abuse, including technology-enabled abuse, & repression in several countries around the globe.https://t.co/Xh9kSK0sDz

Wally Adeyemo, the Deputy Treasury Secretary, stated that today’s actions, specifically those in partnership with Canada and the U.K., send a message that democracies globally will act against those who abuse the state power to impose oppression and suffering. On the other hand, the Chinese embassy in Washington denounced the United States move as a critical interference in the internal affairs of China and a severe violation of basic norms overriding international relations. Liu Pengyu, the spokesperson of the embassy, said that it would do grave harm to relations between the U.S. and China and urged the U.S. to withdraw the decision.

The North Korean mission at the UN and the U.S. embassies of Bangladesh and Myanmar didn’t respond instantly to the requests for comment. Moreover, the actions are the latest in several sanctions timed to coincide with the two-day video Conference for Democracy, where he announced plans to boost up democracy across the world and support the pro-democracy bill in the U.S. On Friday, the U.S. president said that commitments made by some of the over hundred world leaders at the conference would push back against increasing autocracy globally, promoting human rights, and fighting corruption.

On Friday, the Treasury Department added that Chinese AI firm SenseTime to a list of Chinese military-industrial complex firms, blaming it for having established facial recognition programs that can detect an ethnicity of the target, with a specific focus on recognizing ethnic Uyghurs. Consequently, the company will fall under an investment ban for American investors. SenseTime is close to trading 1.5 billion shares in an initial public offering. Earlier this week, after the news of the U.S. restrictions, the firm started discussing the fate of the proposed $767 million offering with the stock exchange of Hong Kong.

In addition, on Saturday, SenseTime stated that it strongly rejected the designation and allegations made regarding it and called the allegations groundless. The company said they submitted the relevant regulations and laws concerning business in all material respects in the territories where they conduct business. United Nations rights groups and experts approximate over a million people, majorly Uyghurs and other Muslim minorities members, imprisoned during last some years in a vast system of camps in the far-west region of Chinese province Xinjiang.

The U.S. Treasury Department said that it was slapping sanctions on one Myanmar organization and two military entities that provide reserves for the military. One of the entities, such as the Directorate of Defense Industries, makes weapons for police and the army used in the brutal crackdown on rivals of the 1st February coup of the military. Additionally, the department targeted four regional chief ministers. Similarly, Canada slammed sanctions against four bodies affiliated with the Myanmar military administration, while the U.K. slapped the latest sanctions against the military.

Myanmar fell into crisis when the military defeated leader Aung San Suu Kyi and her government on 1st February, prompting daily protests in cities and towns and combating boundaries between ethnic minority insurgents and the military. According to the Assistance Association for Political Prisoners, Junta forces killed over thirteen hundred individuals seeking to crush the opposition.