Home Updates The US will Ease Restrictions on Iranian Internet Access 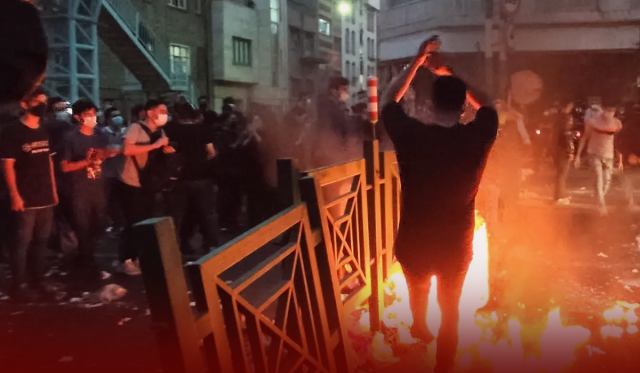 U.S. officials have agreed to ease internet restrictions on Iran in response to a clampdown on protests sparked by the death of a woman in police custody. Anthony Blinken, the United States Secretary of State, said that the United States would take steps to ensure the Iranian people do not remain isolated and in the dark. In the future, American tech firms will have the opportunity to expand their operations in Iran because of the relaxation of software controls.

To counter Tehran’s clampdown on protests, which began after a woman was killed in police custody, the US has said it will ease Internet restrictions on Iran. Blinken said their goal is to ensure that the Iranian people are not left alone in the dark and isolated.#IranViolence pic.twitter.com/hIEGnPdlwr

Iran has experienced the worst unrest in years, with at least 35 people being killed. Following her arrest by the morality police last week for alleged violations of headscarf rules, Mahsa Amini, 22, fell into a coma. It is reported that officers smacked Amini’s head against a vehicle and beat her with a baton. She suffered a sudden heart attack, and there is no evidence of any mistreatment, according to the police report. On Friday, anti-government protests were ongoing for eight consecutive nights, while pro-government rallies were also held in Tehran and other cities.

Using Blinken’s words, the partial relaxation of internet restrictions represents a concrete step toward providing meaningful assistance to Iranians who seek to have their fundamental rights respected. His comments indicate that Iran’s government is “afraid of its own people.” In announcing the move, the U.S. Treasury said it would help counter Iranian attempts to “surveil and censor” its citizens. However, it is unlikely to make an immediate impact since it does not eliminate all tools of communication repression.

Elon Musk responded to Blinken’s announcement by announcing on Twitter that he would supply internet service to Iran through his satellite internet company, Starlink. The Starlink Satellite system is designed for people living in remote areas without access to high-speed Internet. It provides internet services through a vast network of satellites. A US government official stated that the updated license did not cover hardware supplied by Musk’s company. Still, his company and others were welcome to apply for permission to purchase such hardware.

Demonstrations in the Capital and Surrounding Cities

In videos posted to social media platforms on Friday night, large groups of protesters were gathered after dark in several Tehran neighborhoods. Additionally, other incidents occurred in other parts of the city. As part of the protests, several women have removed their hijabs and burned them in front of cheering crowds or cut their hair off. Even though demonstrations spread across much of the country, many early protests were concentrated in western Iran, notably in areas with a large Kurdish population, which was the group Amini belonged to.

Tonight, protesters seem to have taken control of parts of the city of Oshnavieh, in Iran’s West Azerbaijan province. #MahsaAmini #iran pic.twitter.com/Wft497BJe6

“Under no circumstances will we allow the security of people to be compromised,” he told reporters after returning from the U.N. General Assembly. After stating that Iran’s “enemies” were taking advantage of the unrest, Raisi advised that the government would listen to criticism regarding the death of Amini but that it would not act in response to “rioting.”

During the past week, protesters have taken to the streets of the capital each evening since the 22-year-old girl died three days after he was arrested for wearing an Islamic headscarf “improperly.” Several social media images indicate that female demonstrators have even burned their headscarves in protest of the morality police enforcing the dress code that Amini is alleged to have violated. Women must wear loose-fitting trousers under their coats under rules imposed shortly after the Islamic revolution of 1979. The wearing of ripped jeans and trousers that are shorter than full length is prohibited.

A counter-rally of supporters of the mandatory dress code took place on Friday near Hijab Street, the site of nightly protests outside Tehran University. “For many opponents of the morality police, the hijab issue is merely a pretext to disrupt the security of our country,” noted a prayer leader wearing the black turban that marks Prophet Mohammed (S.A.W.W.)’s descent. “Wearing a headscarf is an essential part of Iranian national and religious identity,” said the 40-year-old cleric, who preferred only to be addressed by his family name Nadali.

As the cleric asserted, “the real Iranians are those here today,” the other demonstrators nodded in agreement, but a student representing the nearby polytechnic university interrupted him. “The Iranian people are one nation,” Hossein Zarin-Eghbal, 24, retorted, stating he was joining the counterdemonstration at the request of a revolutionary organization, the Islamic Development Coordination Council.