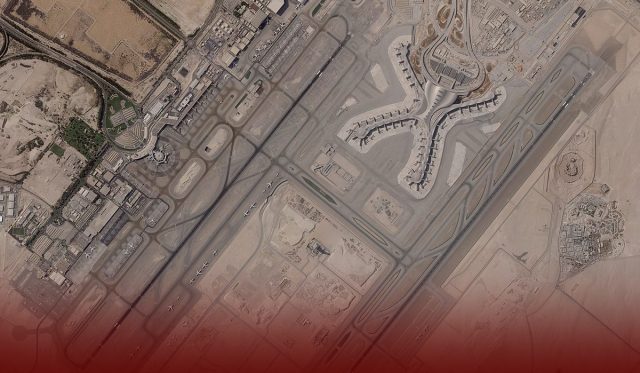 On Monday, the Saudi-led alliance fighting in Yemen launched airstrikes on Sana’a, the Yemeni capital. Shortly after, Iranian-backed Houthi rebels launched a deadly done attack in Abu Dhabi, the United Arab Emirates. On Twitter, Saudi Arabia’s state-run Al-Ekhbariya tweeted that airstrike started on the Yemeni capital in response to the lethal threat and military necessity.

In a tweet, Al-Ekhbariya said that the violent attack on Abu Dhabi was a hostile act. Further, it added that the Houthi targeting non-combatants in the UAE and the Kingdom are war crimes whose culprits must be held accountable. The attack near the Abu Dhabi international airport killed three civilians and sparked several expositions in Sana’a.

The Joint Forces Command of the Coalition has intercepted a total of (8) bomb-laden drones that were launched towards the Kingdom to deliberately and systematically target civilians and civilian objects.#EKHNews_EN pic.twitter.com/6oyUVmto9c

The UAE’s official news agency WAM said that the drone attack killed two Indians and one Pakistani and left eight injured, including two airport employees. Moreover, the spokesman for Yemen’s Houthi rebels claimed responsibility for the vicious attack, warning the UAE is a dangerous state if its aggressive escalation against Yemen continues.

On Monday, Houthi spokesman Brigadier General Yahya Saree expressed on the Houthi-owned Al Masirah TV channel that they used a large number of drones and five ballistic missiles in operation labeled as Operation Hurricane Yemen to target Abu Dhabi and Dubai airports, several sensitive and important Emirate facilities, as well as sites and the Musaffah oil refinery in Abu Dhabi.

Saree warned citizens, residents of the United Arab Emirates, and foreign companies to stay away from crucial places, saying they are reviving their warning to nations of aggression that they will receive more painful blows. In addition, the Saudi led-alliance airstrikes launched some minutes after the Houthis claimed responsibility. According to Houthi rebels-run media agency, Al-Masirah, the attack killed at least twelve people and injured eleven.

Al-Masirah reported that first responders are looking for survivors under the wreckage of destroyed buildings. Houthi state-run media reported that the Saudi-led alliance launched over twenty-four airstrikes during the last twenty-four hours on several areas in Yemen.

In a statement after the drone attack, UAE officials said that they reserved the right to respond. According to state-news agency WAM. Sheikh Abdullah bin Zayed, the Foreign Minister of the UAE said that the drone attacks struck the airport and Abu Dhabi National Oil Company fuel facilities.

Deadly attacks are extremely rare in the United Arab Emirates, long considered an island of stability and peace in a turbulent. However, Houthi rebels claimed to launch several attacks on the UAE in recent years, but Emirates officials denied the allegations.