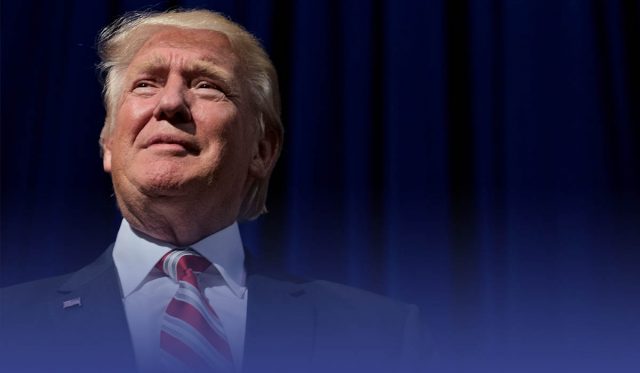 The United States House of Representatives voted to impeach American President Donald Trump for his role in the storming of Congress last week. After the impeachment, he becomes the only president in the country’s history to impeached twice. Whereas Trump denied playing any role in the whole violence. He told his supporters in Washington DC to fight like hell against the outcome of the 2020 General elections. However, in a recent statement, Trump called for no violence from the supporters. A trial will start in the Senate to find out the responsibilities of the president in the coming days.

Ten Republicans also voted against Trump along with Democrats to impeach the president by 232-197. However, the trial against Trump in the Senate will not happen until the next week inauguration of Joe Biden as the new United States president. On Wednesday, the Democratic-controlled House voted after two hours of passionate debate as equipped National Guard persons kept watch inside and outside the Capitol. The Federal Bureau of Investigation (FBI) warned of possible armed protests premeditated for Washington DC and all fifty states of the United States capitals ahead of Democratic Biden inauguration on 20th January.

Trump called on his followers to stay peaceful in a video released after the vote in Congress. He didn’t mention his impeachment. Moreover, the president said that violence and sabotage have no place in the country.

What are Charges on Trump?

Impeachment charges on Trump are political, not criminal. Congress accused the president of inciting the Capitol’s storming with a speech on 6th January to his supporters’ rally outside the White House. The president urged his supporters to patriotically and peacefully make their voices heard, but also to fight like hell against the November election that he falsely told them had stolen.

The House of Representatives accused Trump of encouraging violence#CitizenBriefs pic.twitter.com/c1nS0kXRy8

Following the president’s remarks, his supporters broke into the Capitol, forcing representatives to suspend the certification of election outcomes and take shelter. The building placed on lockdown, and five individuals died in the fight. The article of impeachment stated that president repetitively issued false statements declaring that the 2020 election results were untrue and unacceptable. According to the impeachment article, Trump then repeated claims and intentionally made statements to the crowd that encouraged and finally resulted in lawless action at the Capitol, leading to the loss of life and violence.

Donald Trump also solemnly threatened the security of the country and its institutions of government, endangered the integrity of the country’s democratic system, interfered with the peaceable transition of power, and imperiled a coequal branch of government. Past week, one hundred and thirty-nine Republicans voted against accepting the result of the presidential election and the defeat of Trump.

What did representatives say during the debate?

Congress members made statements for and against the election in the same chamber where they covered under chairs and put-on gas masks as protestors tried to force their way inside last week. Democratic Nancy Pelosi, the House Speaker, said on the floor of the House, Trump incited this insurgency, this armed rebellion against the United States. The president is a clear and present danger to the country, and he must go. Julian Castro, the Democratic congressman, called the president “the most dangerous person to ever occupy the Oval Office.”