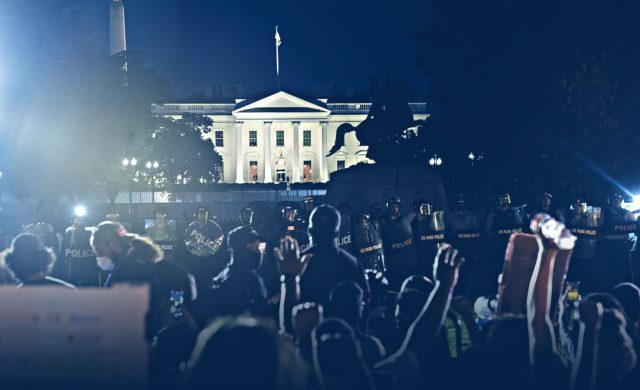 As protesters converged outside the WH on Friday night in Washington, DC, President Trump was escorted to the underground for a brief period of time according to a law enforcement source linked with the President’s office. He remained there for little under an hour before returning to the upper floors. Another White House revealed to CNN that first lady Melania Trump and their son, Barron were also briefly moved to bunker. The law enforcement source added that as per the protocol if the President is moved all the protectees with him would also move. Another source familiar with the matter said that “if the condition at the White House is elevated to RED and the President is moved” to the Emergency Operations Center “Melania Trump, Barron Trump and any other first family members would be moved as well.”

Late Sunday night, the WH cautioned its staff to hide their pass on entry and exit on Monday until they reach a Secret Service entry point according to an email received by CNN. Trump praised the efforts made by Secret Service during the elevated security posture around the WH following the murder of George Floyd. The New York Times first viewed the reports that revealed the rescue of the President.

Trump on Saturday, only hours after the Saturday protests declared himself safe and criticized the Democratic mayor for his handling of the demonstrations while also revealing the chances of his supporters organizing a counter protest.

In his tweets, the President complemented the United States Secret Service for taking care of him inside the fortified mansion as the protests erupted on Friday evening, acknowledging he couldn’t have felt “more safe” as protesters stormed the President office over the death of the African-American. Trump also added that dogs and weaponry were on standby inside the gates.

The President lambasted DC Mayor Muriel Bowser for not ordering the police action through the Secret Service later cleared the had arrived on the scene.

Later in the day, addressing at NASA’s Kennedy Space Center in Florida, Trump chided demonstrators, commended police while accusing Antifa and radical for alleged involvement in sparking the countrywide violence.

“I stand before you as a friend and ally to every American seeking justice and peace. And I stand before you in firm opposition to anyone exploiting this tragedy to loot, rob, attack and menace. Healing, not hatred, justice, not chaos, are the mission at hand,” Trump said. 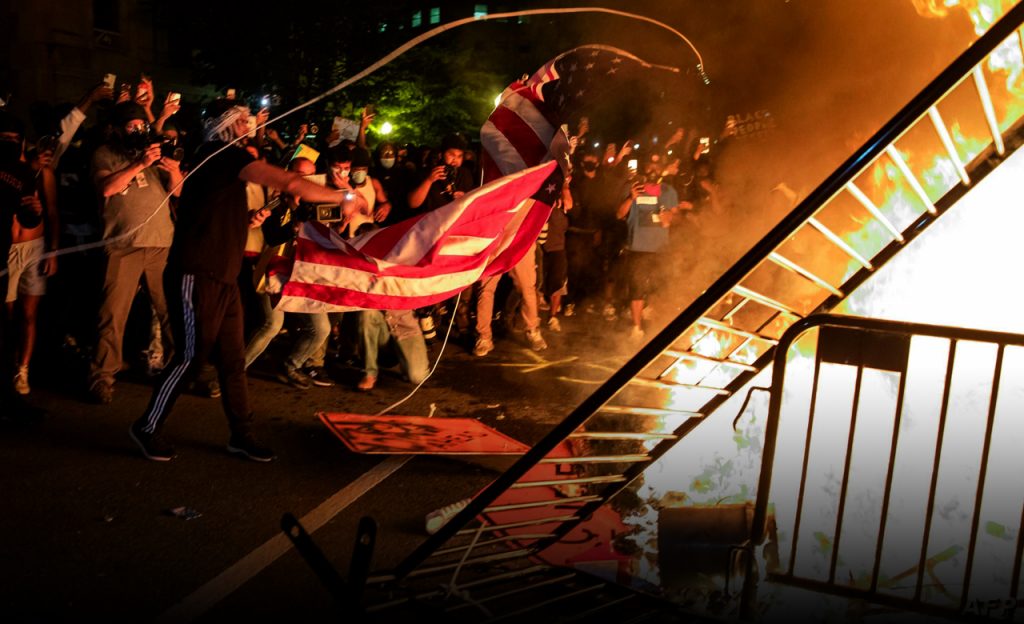 He added that the voice of “law abiding citizens must be heard and heard very loudly.”

“We must defend the rights of every citizen to live without violence, prejudice or fear,” Trump said before lauding “the overwhelming majority of police officers who are incredible in every way and devoted public servants.”

“No one is more upset than fellow law enforcement officers by the small handful who failed to abide by their oath to serve and protect,” Trump added.

The President through his Saturday messages did not look interested to calm the situation and console the public hurt already hurt by health, economic and racial crisis. The decision to protect the President came after the demonstrators flooding the streets of the capital reached WH and clashed with Secret Service staffers on Friday. The officers continually replaced the barriers throughout the night as protesters moved them aside to further their march inside the office. Pepper spray was used to respond to the aggressive participants in the protest. Six arrests were made during the protests confirmed the Secret Service on Saturday afternoon. Trump on Thursday warned the protesters in Minnesota and hinted on deploying National Guards and reserve military force. He issued a stark warning through a tweet: “When the looting starts, the shooting starts.”