Home Updates Trump in a Bid to Fight Corona Comes up with New Travel... 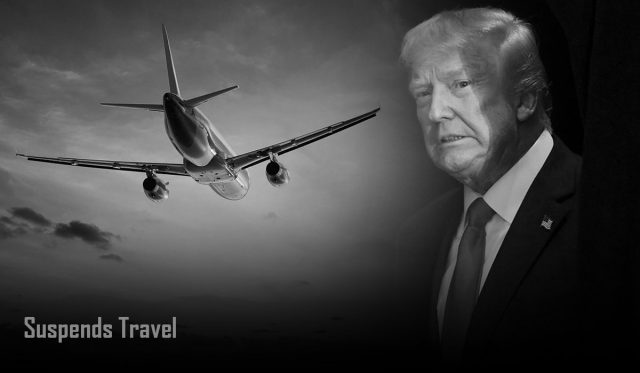 United States President Donald Trump has restricted travel from Europe to US to fight novel Covid-19. He described the sweeping new travel ban as strong but necessary adding that it would not apply to the Britain which presently has 460 cases.  A presidential decree issued later specified that only travelers from the 26 countries in the Schengen border-free zone would be halted from coming to US. Consequently, Ireland and number of other European countries will not come under the travel sanctions.

“To keep new cases from entering our shore, we will be suspending all travel form Europe,” Trump announced from the Oval Office on Wednesday evening. Adding that “the new rules will go into effect Friday at midnight.” The suspension of travel does not apply to United States citizenry. 1,135 confirmed cases of the virus and 38 deaths are registered in US so far.

Trump pointed out that EU had failed to respond to the pandemic like US and in his proclamation specified that the ban applied to anyone with presence in the European Union’s Schengen border-free zone in the last 14 days before entering States. The Schengen area which fences 26 European states as per the presidential announcement will not bar citizens of United Kingdom/Ireland.

President Trump who initially revealed that travel suspension will also apply to the tremendous amount of trade and cargo later denied the possibility of application of restrictions on trade.

He wrote in his tweet: “Hoping to get the payroll tax cut approved by both Republicans and Democrats, and please remember, very important for all countries & businesses to know that trade will not way be affected the 30-day restriction on travel form Europe. The restriction stops people not goods.”

He also pledged to direct billions of dollars of loans towards small businesses and urged Congress to come up with major tax relief measures in order to block the adverse effect of Corona on national economy. Trump has faced criticism for his slow response to prevent the outbreak in his country.

Reacting to the President’s speech and remarks, senior Democrats remarked it was alarming that Mr. Trump did not address a shortage of Corona testing kits and equipment in the US where the virus is spreading at an alarming rate. 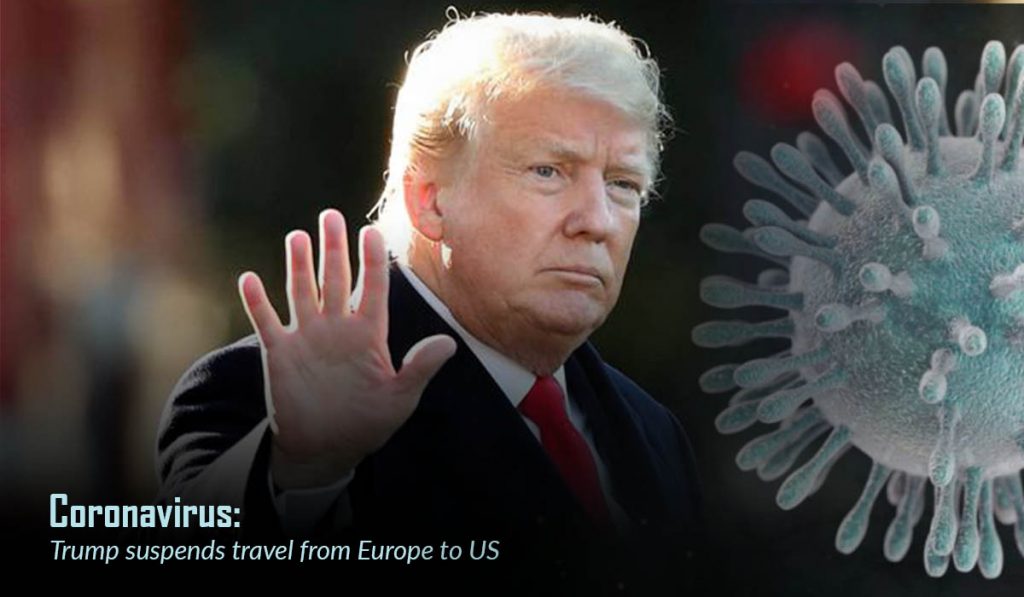 “We have a public health crisis in this country and the best way to help keep the American people safe and ensure their economic security is for the president to focus on fighting the spread of the coronavirus itself,” said House Speaker Nancy Pelosi and Senate Minority Leader Chuck Schumer in a statement.

Talking about the new ban, Lawrence Gostin, a public health expert at Georgetown University tweeted: “Most of Europe is as safe as United States. This will have no impact on US… germs don’t respect borders”.