United States President Donald Trump by the stroke of his pen has preferential treatment of Hong Kong after China activated a new security law for the ex-British colony.

A bipartisan legislation was also signed by him to impose sanctions on Chinese officials who had a role in crackdown on demonstrators in the autonomous Chinese state. China said it would respond in kind to the United States action. The city-state has so far enjoyed unique freedoms not observed by those residing in mainland communist China. However, now many Hong Kongers believe the signing of new security law will strip them of the exclusive rights after China terminated the special status of the state agreed under a 1984 pact between United Kingdom and China. The legislation which banished the criticism of Chinese regime is the most significant change to the political state of Hong Kong since it was handed back to China by UK in 1997.

Addressing the media in Rose Garden on Tuesday, Mr. Trump in his executive order revealed he would end the preferential treatment for Hong Kong.

“No special privilege, no special economic treatment and on export of sensitive technologies,” said the President, who first announced in May that his administration would begin paring back the territory’s special status. Briefing the reporters, he also announced that he has signed on the Hong Kong Autonomy Act passed earlier this month by US Congress.

When asked by reporter whether he would talk with Chinese Premier Xi Jinping, he responded: “We hold China fully responsible for concealing the virus and unleashing it upon the world.” 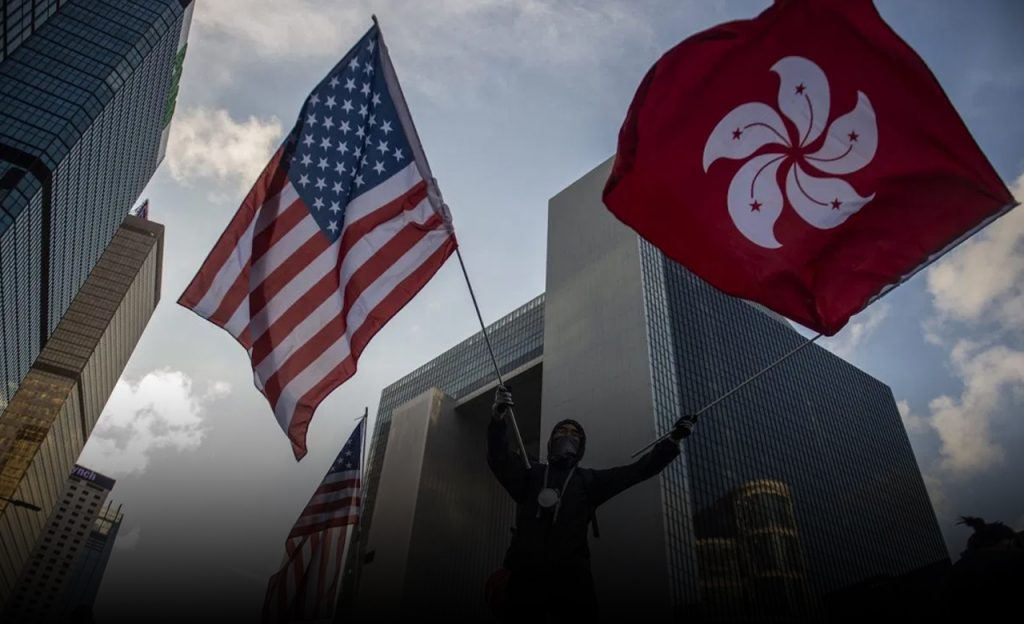 Mr. Trump own administration is under fire in US for its weak response and poor handling of the COVID-19 pandemic as the country has now a caseload of more than 3.4mn cases, more than any other country in the world. The President’s policy address was diverted to a political attack on Democratic presumptive Presidential candidate, Joe Biden, ranging from trade and immigration to policing and climate change.

“So, Joe Biden and President Obama freely allowed China to pillage our factories, plunder our communities and steal our most precious secrets,” the President said in the news conference.

The Chinese foreign criticized the latest developments in US and urged the Washington to stop meddling in China’s domestic affairs. The ministry also said China will respond with retaliatory sanctions against American officials.

“China will make necessary responses to protect its legitimate interests, the statement read.