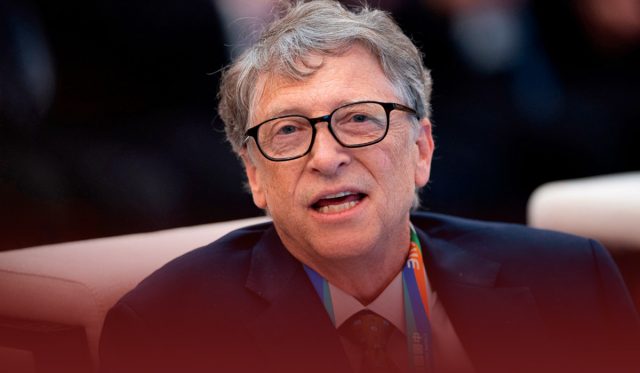 Bill Gates, the co-founder of Microsoft, said on Thursday that social media giants should allow former President Donald Trump back on their platforms, despite his harsh election fraud claims. Twitter blocked the former president from some eighty-eight million followers after the deadly riot on 6th January, when a group of his supporters overwhelmed the Capitol while Congress certified Biden’s victory, leaving five people, including a United States Capitol Police officer, dead. At that time, Twitter announced that Trump’s tweets posed the risk of more violence.

Snapchat, Facebook, and Reddit also suspended the online presence until further notice following the siege. In short, the social media giants suspended then-president Donald Trump from their platforms after he spread an array of falsehoods and baseless conspiracy theories about his election loss to Democratic President Joe Biden. Democrats and even some Republicans blamed the former president for fueling the 6th January riot at the United States Capitol, which took the lives of five people. On Saturday, the Senate fell ten votes short of convicting the former president at his impeachment trial.

During an interview with CNBC, co-host Andrew Ross Sorkin asked Gates whether he would allow Trump back on social media platforms if he were on the oversight panel of Facebook. In response, he suggested he would do so. Gates said Trump would probably be allowed back on the social media platforms at some point. Additionally, he added that if social media companies allow Trump to return, they could slap or prohibit any false statements he makes with a warning label.

Democrats and some Republicans blamed Trump for fueling the Capitol attack by refusing to accept the results of the 2020 General Election and spreading groundless conspiracy theories about voter fraud. Ten Republicans joined House Democrats and impeached Trump on 13th January. Whereas the Senate voted 57-43 in favor of the impeachment, 10 votes short of the sixty-seven needed to convict. So, Senate failed to do so.

After the death of Rush Limbaugh (the conservative talk radio icon) on Wednesday, the former president called onto Fox News for his first post-president telephonic interview, during which he repeated the several false election claims that provoked social media companies to ban him. With social media platforms unavailable to Trump, he issued fewer statements since leaving the White House on 20th January.

Trump told Fox News that he thought he won considerably even though he received seven million fewer votes than President Joe Biden and lost the Electoral College by only seventy-four vote margin. Whereas, on Tuesday, Trump urged Republicans to throw out Senate Minority Leader Mitch McConnell, who previously voted to acquit him. But later, McConnell expresses that Trump was morally and practically responsible for the riot. Trump said about his cut off that he had heard thirty-nine million people and that audience don’t hear about anymore from him.

Read Also: The end of Trump’s trial removes a tyrannical cloud from Washington