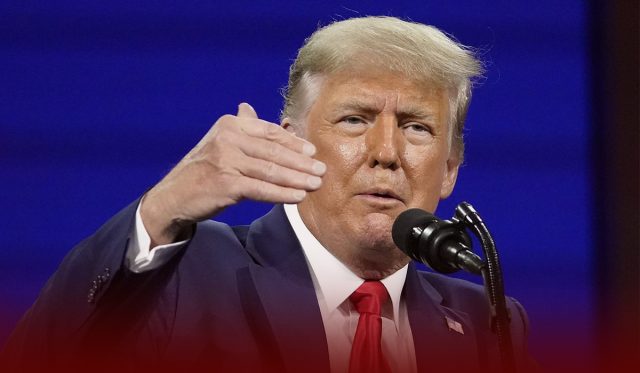 In October, the Former President of the United States, Donald Trump, announced his plans to launch his own new social media platform and vowed to become a rival of the tech firms such as Twitter, Facebook, and YouTube banned him from their platforms after the January 6 Capitol riot. Trump Media and Technology Group (TMTG), the former president’s new media & technology venture, vowed to deliver a censorship-free and engaging experience on the app.

Trump launched his own social media app to seek a new digital platform to rally his supporters, one year after Big Tech, like Facebook & Twitter banned from their platforms. Trump also intended to become a rival to combat tech giants’ limits on speech.https://t.co/ZEgJwrizfA pic.twitter.com/dKIaqUqdLn

The Truth Social app is available on the Apple App Store for a limited number of subscribers who had preordered. Other users who are added to a waiting list will have access to the network over the next ten days. At the moment, the website encountered technical issues shortly after launch, with reports that subscribers were kept out for some hours. Likewise, other users faced trouble while signing on. Additionally, the social media platform will properly be available for uses to download until next month.

Which is the top free app in the United States?

The former president is hoping that his social media app will attract the millions of people who followed him on Twitter’s personal account as he hints at a 3rd presidential run, prompting a wave of other subscribers to justify the investors billions of dollars that they spent on the venture. Shares of Trump Media and Technology Group climbed in recent months. According to the latest ranking of Apple, Truth Social was the top free app in the country on Monday morning, surpassing the “Talking Ben the Dog” game, HBO Mac, TikTok, YouTube, Instagram, and Facebook.

Monday’s partial launch of Truth Social follows a trial beta launch to test the social media network last week. Following the January 6 Capitol insurgency in 2021, social media platforms banned him because critics blamed him for inciting the riot. In addition, the ban raised quarries about free speech in a social media industry led by some tech giants – an issue that the former president and conservative mass media seized upon. GOP leaders were quick to use the rollout of Trump’s social media platform to raise money for their election campaigns.

In a fundraising email appeal Monday, Kevin McCarthy, the Republican House Minority Leader, wrote that after one year of suppression by the Liberal Big Tech Giants dominance: “Trump is Back.” Groups such as the Congressional Leadership Fund and the GOP National Committee also have fundraising off the launch. Former Republican Congressman and Trump Media CEO Devin Nunes said Sunday on Fox News that their primary aim is to give individuals their voice back.

Before Twitter permanently banned Trump from posting in 2021, the former president tweeted approximately sixty thousand times and attracted around ninety million followers. However, he is hoping to tap into anger over the social media bans to attract a big audience to keep the stock mounting – and likely hand him hundreds of millions of dollars personally. None of the other messaging platforms previously open to the public – like Parler and Getter – have been able to move ahead of an echo chamber of traditional political commentary.

On the other hand, Trump Media, the former president’s company, faces a financial crisis. It vowed approximately $300 million from a publicly-traded firm that intends to merge with it and got promises from dozens of private investors for another $1 billion to support its operations financially. However, it still needs approval from state regulators for the agreement before it can access the cash. After that, it hopes to merge the company with Digital World Acquisition. Digital World investors are assessing the company’s final merger target, Trump Media, at $10 billion.