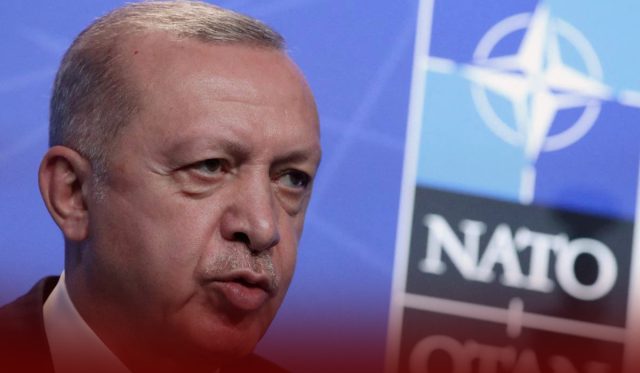 On Monday, Recep Tayyip Erdogan, the President of Turkey, reiterated that he wouldn’t support Sweden and Finland’s bid to join the North Atlantic Treaty Organization (NATO). Once again, he accused the Scandinavian nations of supporting terrorists. Furthermore, Erdogan said that his country could not support the NATO ambitions of nations that slap sanctions on Turkey.

The Turkish president said that delegations from Finland and Sweden should not bother coming to Ankara to persuade his government to change its position, which came after reports that the foreign ministers of Stockholm and Helsinki would soon travel to Ankara to talk about the issue. Without the support of all NATO members, Finland and Sweden can’t join the military alliance.

Sweden officials said that Europe was living a dangerous new reality as he referred to the Russian attack on Ukraine. Vladimir Putin, the President of Russia, said that the Swedish and Finnish bid to join the thirty-member NATO alliance didn’t threaten Russia directly – but stressed that any expansion of armed infrastructure would fuel a response from Moscow.

Finland and Sweden have no Open Attitude Towards Terrorist organizations.

During a Monday news conference, Erdogan said that Erdogan clearly announced that Ankara would oppose the Swedish and Finnish moves to join the military alliance. Further, he described Sweden as an incubator for terrorist organizations. The Turkish leader added that both these countries have no clear and open attitude towards the terrorist organization.

Ankara blamed both Nordic countries for harboring members of the group Kurdistan Workers’ Party (PKK). Erdogan added that his administration also vowed to block requests from nations that slapped sanctions on it. In 2019, Sweden and Finland imposed an arms ban on Turkey after it invaded Syria.

During his speech in parliament, Finnish Foreign Minister Pekka Haavisto said that the Turkish stance surprised him but added that the Finnish government was not interested in negotiating with the Turkish president. Last week, Finland officially announced its move to join the military alliance. On the other hand, in a Monday news briefing, Sweden’s Prime Minister Magdalena Anderson said that NATO would strengthen his country and that Sweden would strengthen NATO.

Anderson announced that an official application could be handed in the coming days and would be coordinated with Finland. Additionally, NATO signaled its willingness to accept the two new members. Simultaneously, the Swedish prime minister stressed that her country didn’t want permanent NATO bases or nuclear weapons on its land. However, another NATO member, the United Kingdom, already gave security guarantees to Finland and Sweden to cover the transition period.