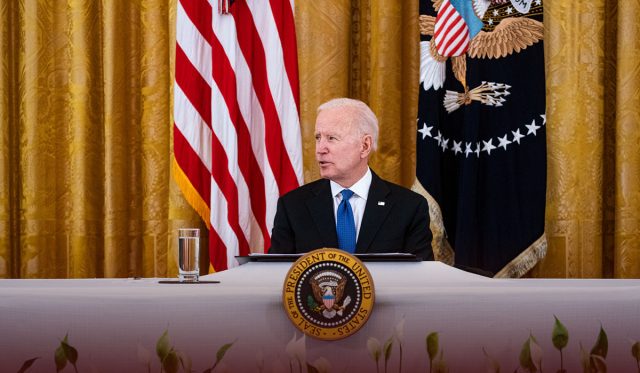 The United States President Joe Biden’s Cabinet members went to Capitol Hill on Tuesday to sell the president’s $2.3 trillion infrastructure plan in a hearing before the U.S. Senate Appropriations Committee. According to the Hill, transportation Secretary Pete Buttigieg said that they draw inspiration from the infrastructure projects of the new Deal and Interstate Highway System of President Eisenhower, but they can’t afford to depend on the original version of the bridges, roads, and airports they built all those years ago.

Today, I brought together Members of Congress for a discussion on the American Jobs Plan. These members are all former governors and mayors, so they understand the issues at stake firsthand. I’m confident that together, we’ll be able to rebuild our nation’s infrastructure. pic.twitter.com/AFMQ02Qp9N

Under the Biden infrastructure plan, significant improvements would be made to bridges and roads. The money will also use to retrofit old buildings, modernize the electric grid, endorse climate change policies, grow public housing lots, and expand and upgrade broadband. Gina Raimondo, the Commerce Secretary, said that during the coronavirus pandemic, they experienced that high-speed broadband service is not a luxury but a need for education, jobs, and healthcare.

However, Republican leaders considered the Biden administration’s definition of infrastructure too comprehensive. Richard Shelby, the Republican Senator from Alabama and the vice-chairman of the committee, said that the government’s proposal, on the other side, is so extensive and unclear that it seems there is little, if anything, they don’t consider infrastructure.

Senator Susan Collins says that it is surely appropriate to anticipate and accommodate cleaner and future modes of transportation, but what the government is doing is spending billions of dollars more on subsidies regarding electric vehicles than on the bridges and roads on which they will travel. Senator John Neely and Environmental Protection Agency (EPA) administrator Michael Regan engaged in the following exchange about climate change.

Regan states that he doesn’t have a figure in front of him that specifies how much, in isolation, the bill lowers global temperature based on just United States participation. Kennedy replies that they are just going to spend around $2.3 trillion and determine on a wing and a prayer. However, both parties agreed that they don’t spend enough on the infrastructure until now.

America spends about 2.3% of its Gross domestic product (GDP) when comparing spending of gross domestic product on infrastructure, whereas China spends around double of the U.S. at 5.6%. Senator Joe Manchin asked each of four cabinet members of the Biden administration which solution would reach a bilateral deal. Raimondo pointed to the CHIPS for America Act, Buttigieg to surface transportation, Regan to water infrastructure, which would increase manufacturing of domestic semiconductor, Marcia Fudge, the Housing and Urban Development Secretary, pointed to upgrading existing public housing.