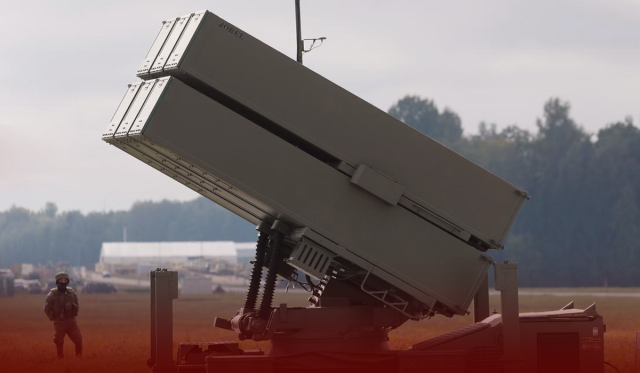 In its fight against Russian forces, Ukraine has received the first shipment of Aspide air defense systems and National Advanced Surface-to-Air Missile Systems. Ukrainian Defense Minister Oleksii Reznikov stated that the Ukrainian military would continue to shoot down targets attacking the country. We are thankful for the support of our partners, Spain, Norway, and the United States.

Last month, National Security Council spokesperson, John Kirby, announced that the United States would expedite the shipment of advanced NASAMS to Ukraine following the Russian invasion of the country’s energy infrastructure. In addition, a London-based defense research institute, the Royal United Services Institute, has underscored the necessity of providing Ukraine with more Western equipment and ammunition to combat missiles and drones.

A report published by RUSI stated that the West should be active regarding the importance of improving Ukrainian air defenses on an urgent basis. Since it failed to destroy Ukraine’s mobile surface-to-air missile systems [SAM] systems, it will not be possible for Russia to engage Ukrainian strategic targets and frontline positions effectively from medium altitude, as previously it did in Syria, with its fixed-wing bombers and multirole fighter fleet.

Look who’s here!
NASAMS and Aspide air defence systems arrived in Ukraine!
These weapons will significantly strengthen #UAarmy and will make our skies safer.
We will continue to shoot down the enemy targets attacking us.
Thank you to our partners: Norway, Spain and the US. pic.twitter.com/ozP4eXhgOg

During the invasion of Ukraine, Russia lost experienced aircrew members, contributing to Moscow’s “lack of air superiority.” Still, the British Defense Ministry says poor training and the dangers associated with conducting close air support in dense air defense zones have likely exacerbated the problem. In a tweet, the United Kingdom stated that Russian air capacity is unlikely to change in the upcoming few months.

The losses of Russian aircraft are likely to be greater than their capability to manufacture replacement aircraft. Moreover, the training required to develop competent pilots further decreases the ability of Russia to recover its air combat capabilities. Russian military bloggers reported that the Russian Defense Ministry had denied hundreds of naval infantrymen who died in an east Ukrainian offensive. Reuters cited the state-controlled news agency RIA.

RIA reported that the ministry refuted the bloggers’ claims of high and pointless personnel and equipment losses suffered by the 155th marine brigade of the Russian Pacific Fleet. It added that the unit had advanced five kilometers (three miles) over ten days into Ukrainian defensive positions southwest of Donetsk. Reuters reports that Russian forces denied the reports, suggesting the reports have struck a chord because Russian troops are under heavy pressure in parts of Ukraine that Moscow has declared its own territory.

Ukraine, the West, and most U.N. nations have criticized this land grab as illegal. A partial power restoration was achieved Monday in the occupied city of Kherson, but millions of people remain without electricity. The Ukrainian national energy company, Ukrenergo, continues to roll out blackouts throughout Kyiv and six other regions as it tries to repair the country’s energy grid.

Zelensky Seized the Assets of Companies

The Ukrainian president made the following remarks in his nightly video address on Sunday: “More than 4.5 million consumers are without power,” and warned that the Russian military would continue to strike the country’s energy infrastructure during the winter months. Zelenskyy and other officials estimate that Russian air strikes have destroyed 30 percent to 40 percent of Ukraine’s energy infrastructure since the beginning of the month.

A top engine manufacturer and four other strategic companies were seized Monday by Zelenskyy, who invoked wartime laws to meet the nation’s urgent needs during this difficult time. He wrote on the Telegram messaging application that these steps, which are necessary for our country in circumstances of war, would be carried out under current laws and would assist in meeting the urgent needs of our defense sector.

The Ukrainian government claimed on Monday that Russia looted empty homes and occupied them with troops wearing civilian clothing in preparation for a street battle that both sides believe will be one of the war’s most critical battles. Furthermore, the Russian military has ordered civilians out of Kherson in preparation for an attack by Ukrainian forces to regain the city, which Moscow seized after its invasion in February.

Officials in Ukraine have referred to the evacuation of the area as a forced deportation, thus describing it as a war crime. It has been reported that Moscow is removing its residents for their safety. In the western part of Ukraine, Kherson is the only pocket of territory that remains under Russian control. Ukraine’s counteroffensive in the south has been focused on recapturing the area, which has intensified since October 1.

In a recent BBC report, Maxar, a U.S. company specializing in space technology, reported that three mass burial sites had been steadily growing since spring. At one of them – northwest of Mariupol, Staryi Krym – nearly 1,500 new graves have been dug since the Russian invasion began. On the other hand, overall, 4,600 graves have been excavated since the Russian invasion began. However, it is difficult to determine exactly how many bodies are interred at this location.

Besides the mass burial site at Mariupol, there are two others at Manhush and Vynohradne, located east and west of the city, which Russia surrounded during the months-long siege. Mariupol, the once-thriving center of nearly 500,000 people, is located within the occupied territory of Donetsk. There is no information on the death toll caused by the siege. However, the BBC has reported that Russian proxies have moved bodies from the rubble of destroyed buildings to be buried elsewhere during the past few months.