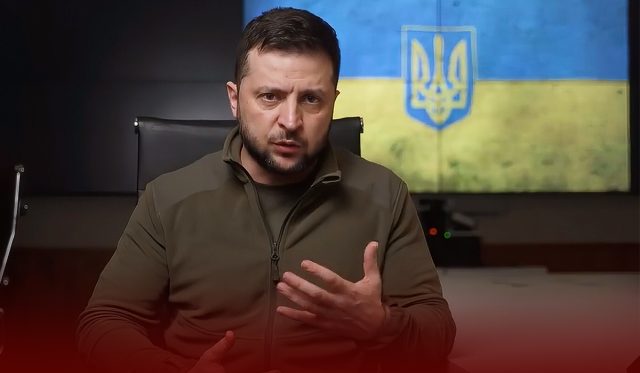 On Sunday, Volodymyr Zelensky, the Ukrainian President, blamed Russian President Vladimir Putin for committing genocide during its attack on Ukraine. It marked the most sweeping genocide accusation from Zelensky yet after Russian forces faced allegations of executing civilians in a suburb of Kyiv.

Yesterday, Zelensky told the CBS news program “Face the Nation,” indeed, this is genocide, and it is the elimination of Ukrainians. His remarks came one day after Ukrainian troops attacked the town of Bucha near the capital and found bodies of civilians killed by Russian forces. Ukraine officials accused the Russian military of executing a genocide in Bucha.

Volodymyr Zelensky, the Ukrainian President, accused Moscow of committing genocide in Ukraine, as Western leaders denounced photos of dead Ukraine civilians in a town outside Kyiv. Zelensky said that the killing is genocide and the elimination of the people and the whole nation. pic.twitter.com/OjsMB6OYE2

Russian Defense Ministry Sergei Shoigu denied the allegations of Ukraine by saying that photographs and videotapes showing dead bodies in Bucga were another provocations by the Zelensky government. The ministry further said that no one Ukrainian civilian faced any Russian military violent action in Bucha. The images came after Ukraine officials said Saturday that its armed forces reclaimed control of the whole capital and freed towns from Russians.

The United Nations (U.N.) said that the discovery of mass graves in Bucha raised severe concerns about likely war crimes from Russian forces and stressed the importance of preserving evidence. The United Nations office said that the recent actions of the Russian military raise severe and disturbing questions about grave violations and war crimes of global humanitarian law.

On Sunday, Human Rights Watch, an international non-governmental organization, found many cases of Russian troops committing laws-of-war violations in Moscow-controlled regions like Kyiv, Chernihiv, and Kharkiv. According to the United Nations, over thirteen hundred individuals, including sixty-four kids, were killed and more than two thousand injured countrywide.

Zelensky called for the accountability of the Russian leader for his aggression in Ukraine. Further, he added that all armed commanders, everybody who gave the invasion instructions and orders should be punished adequately. After taking it over, the Ukrainian forces were going house to house in Bucha town. Moreover, they are looking for booby troops the Russian military might leave behind. The Ukrainian forces are also looking for more casualties (including dead and injured) that may trap inside residential apartments.

Antony Blinken, the United States Secretary of State, said the photos of dead civilians with hands tied behind found in Bucha were a powerful blow, and those responsible must be held accountable. Jens Stoltenberg, the Secretary-General, called the assassinations in Bucha violence unseen in Europe for decades. Asked whether the Russian military would need to vacate positions before the 24th February attack, the Ukrainian President said that it should be 100% pullout of forces to the borders that existed before the invasion date.

Christine Lambrecht, the defense minister of Germany, said the E.U. must discuss prohibiting Russian gas imports. The International Criminal Court is probing accusations of war crimes and genocide in Ukraine, though the Russian leader and his country are unlikely to face justice even if the global body chooses to bring charges. The Human Rights Watch probe looked at allegations from 27th February to 14th March.