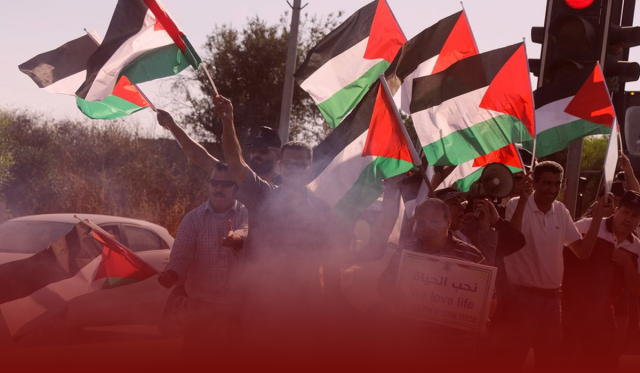 The United Nations General Assembly has passed an international resolution urging the International Court of Justice to provide an opinion regarding the legal implications of Israel’s illegal occupation of Palestinian territory. A majority of 87 members voted in favor of the resolution, with 53 abstentions, with Western nations splitting but nearly unanimous support from the Islamic world – including from Arab countries that have normalized relations with Israel. The resolution received the support of Russia and China.

During the UN General Assembly’s meeting on Friday, the 193 members of the General Assembly requested that the International Court of Justice (ICJ) provide a ruling regarding the legal implications of Israel’s occupation of the Palestinian territories.#UN #ICJ #PalestineDay pic.twitter.com/JdqGTQ77nN

France was one of the fifty-three nations that abstained from voting, while Israel, the U.S., and 24 other nations – including Germany and the United Kingdom – voted against the resolution. The ICJ is the supreme international court of law that handles disputes between world states. Although the ICJ does not have the authority to enforce its decisions, its rulings are binding.

A U.N. spokesperson for Palestine noted that the vote occurred one day after Israel’s far-right government was sworn in, which is expected to expand illegal Jewish settlements and accelerate “racist and colonial policies” against Palestinians. In addition, the President thanked the nations that supported the resolution despite threats and pressure and were “undeterred by pressure and threats.”

“No matter how you vote today, if you are sincerely committed to international law and peace, we trust you will support the opinion of the International Court of Justice as soon as it is published, as well as stand up to the Israeli government at this time,” said Mansour.

According to the U.N. General Assembly, Israel’s occupation, settlement, and annexation will have legal consequences. Measures such as those that aim to change the demographic composition, character, and status of Jerusalem, as well as measures that seek to discriminate against one or more groups, are included in this category. As part of the U.N. resolution, the ICJ is also tasked with evaluating how these policies and practices may have a detrimental effect on the legal status of the occupation and what legal consequences may result for all nations and the U.N. in the future.

The ICJ last addressed the Israeli occupation of the West Bank and East Jerusalem in 2004 when it declared Israel’s wall illegal. The court’s decision was rejected by Israel, which claimed it was motivated by political considerations. Jewish people cannot be considered ”occupants” in their own homeland by any international body. In an address prior to the vote, Israel’s U.N. ambassador, Gilad Erdan, stated that any decision made by a judicial system whose mandate comes from an organization that is morally bankrupt and politicized is completely illegitimate.

The majority of countries supported Palestine, though it will take a couple years for a non-binding opinion to be issued. In 2004, court ruled Israel’s wall in the West Bank and East Jerusalem was contrary to international law. pic.twitter.com/5as9blIMZw

Israel Occupied all of Historic Palestine in the 1967 War

Israeli forces occupied historic Palestine during the June 1967 war and expelled three hundred thousand Palestinians. Further north and south, Israel occupies Syria’s Golan Heights and Egypt’s Sinai Peninsula. The 1978 Egyptian-Israeli peace treaty paved the way for Israel’s withdrawal from Egyptian territory. The Palestinian territories have been under Israeli military occupation since 1967. Due to this, it has been the longest occupation in the history of modern civilization. In addition to Gaza, the West Bank and East Jerusalem are included within the segmented territories.

Neither the U.N. vote nor referring the issue to the International Court of Justice are conducive to resuming dialogue between the parties,” U.K. diplomat Thomas Phipps stated. Furthermore, the U.K. believes it is inappropriate for a court to offer an advisory opinion on a dispute that is essentially bilateral without the consent of both parties. In addition to Portugal, several Western nations supported the resolution, whose official acknowledged the danger of over-judicializing international relations but stated that the world court was essential to keeping order internationally based on rules that we are striving to preserve.”