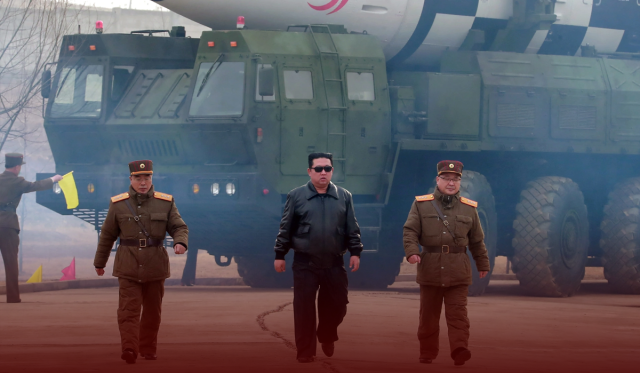 A dispute has been raging between China and Russia and the U.S. and its allies over whether the Security Council can act against North Korea, whose missile launches are becoming more frequent. As a result, a joint statement condemning North Korea’s recent barrage of ballistic missiles was not agreed upon by the fifteen members of the Security Council on Friday. Instead, the missile tests conducted by Pyongyang were condemned separately by several countries, including the United States, France, and the United Kingdom.

During the UN Security Council meeting on Friday, the United States criticized China and Russia for providing blanket protection to North Korea following a series of missile launches by that country.#UNSecurityCouncil #NorthKorea #missile #US #missilelaunch #UnitedNations pic.twitter.com/bE0NppRk4w

Affirming that thirteen members of the Security Council have condemned North Korea’s increasing missile launches in the last year, Ambassador Linda Thomas-Greenfield did not mention the two countries that are the protectors of Pyongyang. The U.S. ambassador used North Korea’s official name, the Democratic People’s Republic of Korea (DPRK), to describe how both countries have “bent over backward” to justify repeated violations of U.N. sanctions. “The DPRK has taken advantage of these councils and made a mockery of them,” she said.

The U.S., however, is alleged to be responsible for the ongoing tensions with North Korea by China, the most important ally of North Korea, and Russia, whose relations with the West are strained due to its invasion of Ukraine. Despite North Korea’s missile launches being directly related to the restart of large-scale military exercises between the United States and South Korea after a five-year hiatus, Zhang Jun, Chinese ambassador to the United Nations, countered. The air force exercises involved hundreds of aircraft from both countries.

And, in turn, they have enabled North Korea.

This cannot stand. The risks to the region and the world are simply too great. pic.twitter.com/1UEFWixB0b

In addition, the Chinese ambassador cited the recent Nuclear Posture Review by the U.S. defense department, which envisaged the use of nuclear weapons by North Korea, and identified that the U.S.’ primary objective is to bring an end to the Pyongyang regime. Deputy U.N. Ambassador Anna Evstigneeva of Russia attributed the significant deterioration of the situation on the Korean peninsula to Washington’s desire to exert pressure on Pyongyang to force them to disarm unilaterally.

With approximately 240 aircraft taking part in the exercises, she characterized them as unprecedented in size and rehearsals for massive military operations against the Democratic People’s Republic of Korea. North Korea needs more humanitarian aid and less pressure from the West, according to Evstigneeva, who called for sanctions to be lifted in June. The North Korean regime has defended its weapons program and ballistic missile launches as legitimate measures to defend itself against what it considers a decades-old threat posed by the United States and its ally, South Korea.

France Ambassador to the U.N. Calls the Meeting Over North Korea Nuclear Test

During a meeting with the Chinese and Russian ambassadors, the U.S. ambassador defended this statement as nothing more than rehashed propaganda from the DPRK. The ambassador also stated that the joint military exercises of the U.S. and South Korea do not pose any threat to anyone, including the Democratic People’s Republic of Korea. ” On the other hand, just last month, the DPRK stated that its recent launch spree was a simulation of the use of tactical battlefield nuclear weapons to eliminate potential targets of the United States and the Republic of Korea,” she said.

“DPRK has said that just last month it was simulating the use of tactical battlefield nuclear weapons to attack and destroy potential targets in the United States and Korea,” she said. At the meeting on Friday, Nicolas de Riviere, the French ambassador to the United Nations, called for continued pressure against North Korea, which has been preparing to conduct its seventh nuclear test. “These new provocations are unacceptable, and the current escalation is unprecedented,” he stated.

A nuclear test explosion conducted by North Korea in 2006 led to sanctions imposed by the U.N. Security Council to limit the country’s nuclear and ballistic missile programs. However, a resolution was blocked by China and Russia in May that would have toughened sanctions against North Korea due to missile launches, resulting in the first serious disagreement over sanctions against North Korea. Moreover, the Assistant Secretary-General of the United Nations, Khaled Khiari, warned that if progress was to be made on North Korea, there must be unity on the part of the U.N. Security Council.