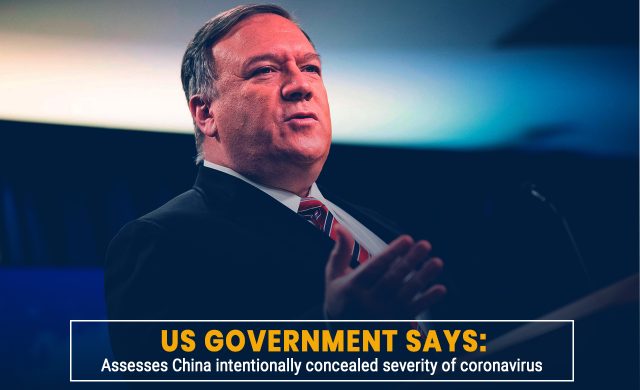 According to report released by Department of Homeland security, the Chinese government intentionally censored the information pertaining to coronavirus and its severity while boosting imports and decreasing exports.

“China likely cut its exports of medical supplies prior to its January WHO (World Health Organization) notification that COVID-19 is a contagion,” the report reads, according to a source familiar with the matter. The report examined the export and import data of the Chinese state and has not yet made public, the source added. The findings were first revealed by ABC.

Secretary of State Mike Pompeo earlier on Sunday claimed that China intentionally concealed the magnitude of the outbreak while hoarding medical supplies.

“You’ve got the facts just about right,” Pompeo told ABC’s “This Week” when asked if China intentionally stockpiled medical supplies in early January while it concealed the severity of Covid-19. “We can confirm that the Chinese Communist Party did all that it could to make sure that the world didn’t learn in a timely fashion about what was taking place.”

The Secretary of state’s comments are coming at a time when Trump administration is stepping up its efforts to punish the Chinese on multiple fronts for the COVID-19 pandemic which will add a new chapter to the bitter rivalry on both sides.

Multiple administration sources dealing with matter said there is an urge to deploy various tools including embargos, clearing United States debut obligations, imposing new tariffs and activating new trade polices to give the communist state a taste of its own medicine.

China is already facing a probe backed by international community into the matter but United States is now looking to escalate the ladder of confrontation by employing an acrimonious new element into already deteriorated relationship between the two economic giants. As China has to answer some serious questions about their transparency on Corona, back home in states, people are not ready to absolve White House from its responsibility in curbing the spread of the virus that has killed thousand and infected hundreds of thousands.

President Trump notoriously and repeatedly downplayed the threat from the deadly disease while insisting that it would not harm his great country at a time when the virus gripped the whole world under its deadly hands. The President was also infamously all praise for his Chinese counterpart for his effective crisis management in a bid to secure the trade deal with the rivals he always talked foul of.

The DHS assessment also states, “in its communications, China intentionally concealed its trade activity by publicly denying it has ever imposed an export ban on masks and other medical supplies,” according to the source.

The US needs “to be mindful about what do you do about it?” the source noted. “Is this a trigger that propels industry here? Will there be enough in the stockpile going forward?” the source asked. The source questioned.

Chinese have access to a lot of raw materials deemed necessary to support a large-scale production of the COVID-19 PPE’s including surgical gowns, goggles, masks and more. 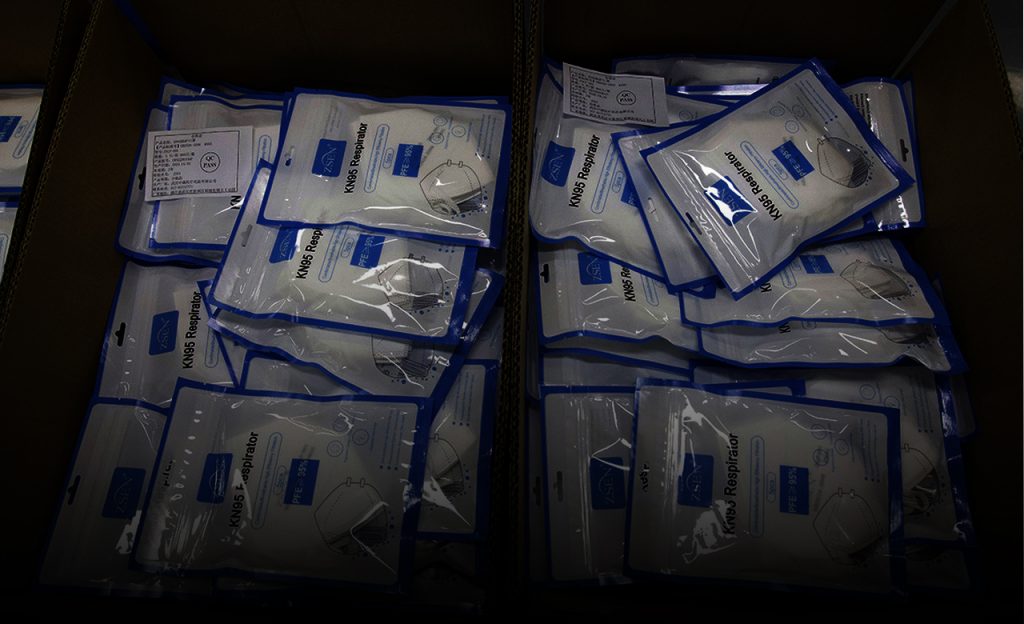 “They have a robust manufacturing capability and workforce that can quickly ramp up manufacturing,” the source added.

On Sunday, Pompeo said that some efforts of the Chinese government were not seen but others were on a display such as not allowing United States medical professionals to visit Wuhan labs, the Chinese epicenter of the outbreak. He also mentioned the silencing of the scientists aware of the issue.

“President Trump is very clear, we’re going to hold those responsible accountable and we’ll do so on a timeline that is our own,” Pompeo said.

Trump administration has tasked the US intelligence community to gather the information about the exact origins of the outbreak. Trump also contradicted national intelligence community by claiming that there is an actionable evidence that gives him a “high degree of confidence” and proves that the virus originated from a lab in Wuhan, but failed to back up his blames and assertions with a proof.

Asked about the Trump’s assumptions and if he had seen evidence backing that claim, Pompeo said, “There’s enormous evidence that that’s where this began.”

“We’ve said from the beginning that this was a virus that originated in Wuhan, China. We took a lot of grief for that from the outside, but I think the whole world can see now,” he said. He later added, “there is a significant amount of evidence that this came from that laboratory in Wuhan.”

The Office of the Director of National Intelligence in its statement on Thursday said that the “Intelligence Community also concurs with the wide scientific consensus that the COVID-19 virus was not manmade or genetically modified.”

The Secretary of State added that China “behaved like authoritarian regimes do, attempted to conceal and hide and confused and employed the WHO as a tool to do the same.”

“These are the kinds of things that have presented this enormous crisis and enormous loss of life and tremendous economic loss all across the globe,” he said. “The Australians agree with that, you hear the Europeans beginning to say the same thing, and I think the whole world is united understanding that China brought this virus to the world.”