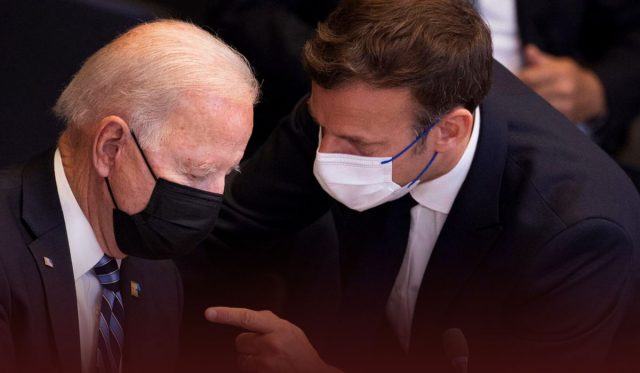 Joe Biden, the United States President, and Emmanuel Macron, the French President, will meet next month as both nations work to repair diplomatic relations following a diplomatic brouhaha that occurred because of a security deal with Australia that spoiled a multi-billion-dollar sub-marine agreement. In a joint statement, France and the United States said that the two leaders conversated on the telephone and settled to meet in Europe at the October end.

Today I spoke with President Emmanuel Macron of France, and reaffirmed the importance of French and European engagement in the Indo-Pacific region. I look forward to a process of in-depth consultations and to meeting with him in October. pic.twitter.com/MouVMCBgDR

The French ambassador to the United States will also return to the U.S. capital next week, the officials announced, after Paris recalled its envoy in anger over the surprise settlement between the United Kingdom, Australia, and United States, which included America helping Australia with nuclear-powered submarines. However, in 2016, Australia agreed to acquire diesel-powered vessels from France. The statement from the two countries said that both leaders decided to start a process of detailed talks intended to generate the conditions for ensuring confidence and recommending concrete measures toward common objectives.

Because of the current efforts to restore the gap, United States Secretary of State Antony Blinken and Jean-Yves Le Drian, the French Foreign Minister, spoke together on Wednesday on the margins of a summit of the five permanent Security Council members, according to an official. Furthermore, the Biden government drew the anger of the French administration when it announced the AUKUS pact on 15th September, saying it intended to improve stability in the Indo-Pacific region.

France recalled its envoys to Australia and the United States in protest as diplomatic strain between key members of the NATO coalition reached its peak. Afterward, the Australian prime minister, Scott Morrison, announced the nation would end the pact to acquire Naval Group’s designed diesel-powered submarines. And he said that conventional submarines become unsuitable for the operational needs of the country. At the moment, France criticized the trilateral accord, with Le Drian calling the exclusion of France from the discussions one-sided, volatile, and brutal.

Top United States officials moved to allay the anger of the French government in the following days, and Blinken pledged that the U.S. would cooperate with the European Union and France in the Indo-Pacific. On 16th September, Blinken said that France is a key ally on this and several other things – stretching back a long time and stretching forward into the future. However, France recalled its diplomats one day later, mentioning what it called the extraordinary seriousness of Australian and the United States announcements.

Al Jazeera’s correspondent in Paris, Natacha Butler, said Wednesday’s phone call signaled that both nations wanted to go ahead. Butler said that Biden and Macron both know it is in the mutual interests of both France and the United States to improve the relationship and remake some of that trust. Jen Psaki, the spokeswoman of the White House, said the tone between the two leaders was friendly during their half-hour call.

Boris Johnson Urged France to Move on from the Issue

The U.K. prime minister, Boris Johnson, urged France to leave the issue by saying, give me a break. Psaki refused to give remarks on Johnson’s comment but said that the United States-French statement acknowledged that there could have been more discussion before the announcement of the trilateral pact.

Read Also: America and Iran Agree on the way back to 2015 Nuclear Deal