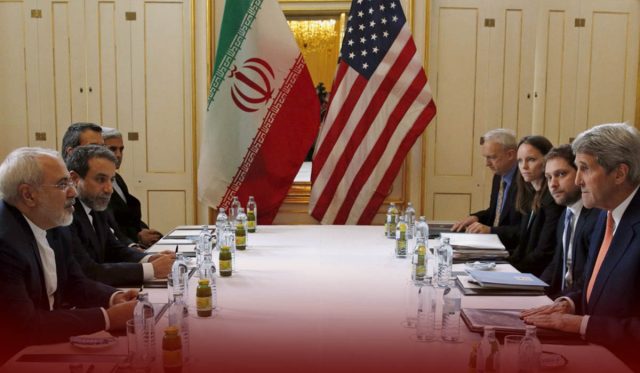 The United States and its allies resumed negotiations with Iran on Monday to prevent the collapse of the 2015 nuclear deal in Vietnam after five months. Moreover, officials will discuss the likely return of the Biden administration to the 2015 agreement, which limited the nuclear activities of Iran in return for the lifting of economic sanctions.

The former U.S. President Donald Trump pulled out his country from the accord in 2018 and reinstated sanctions on Iran, due to which that Iran violated its key commitments. But Biden government is willing to lift those sanctions if Iran reverses the breaches in the deal. On the other hand, Iran wants the United States to make the first move.

Talks between Iran and the US to revive a multinational nuclear deal are set to resume in Vienna on Monday.

US President Joe Biden says he wants to rejoin the accord scrapped by his predecessor. But Tehran says it will only comply, once US sanctions are lifted pic.twitter.com/MeWJAH2qvM

The stakeholders to the 2015 Joint Comprehensive Plan of Action will resume in Vienna after almost six months to discuss a return on a consensus basis to the deal by both American and Iran, but the pause provided time for new obstacles to take root. Instead, Iran announced more advances in its uranium enrichment on Friday, which will result in reducing the amount of time the country would need to develop a nuclear weapon.

Other parties to the pact, such as the United Kingdom, France, Germany, Russia, and China, are coming to the negotiations table calling for talks to lift where they left off. Furthermore, western diplomats warned that time is running out to find a solution because of the significant advances the Islamic Republic of Iran made in its uranium enrichment program, a promising way to a nuclear bomb. But Iran insists that its nuclear activities are entirely peaceful.

European sources told CNN News that they expect Iranians to treat the meeting as round one. Tehran’s newly elected hardline government will send a new set of delegates to Vienna who emphasized the need for complete relief of the U.S. sanctions on Iran, not compliance with the accord. At the same time, American officials said they definitely have no plans to offer Tehran incentives negotiations.

Diplomacy Can Find a Way in the U.S.-Iran Nuclear Talks

Senior United States officials reportedly warned that if advances in Tehran’s enrichment capability and nuclear program continue undebated, they could render the benefits of the Joint Comprehensive Plan of Action (JCPOA) controversial – progress that would force America to pursue other possibilities. The Nation Security Council’s coordinator for North Africa and the Middle East, Brett McGurk, told the Manama Dialogue that they are still hopeful that diplomacy can find a way to develop nuclear talks fruitfully. But in case of failure, NSC is prepared to use other options.

Further, he added that it is unquestionable that the U.S. will allow Iran to get a nuclear weapon. The U.S Special Envoy for Iran, Rob Malley, tweeted after an 18th November summit with European parties and Middle Eastern allies to the nuclear deal. Malley said he discussed two paths open to Iran: joint return to the JCPOA or continued nuclear escalation and crisis. If Iran and U.S. mutually return to the pact, it will create opportunities for regional diplomatic and economic ties. But he emphasized that the time to choose is short.

Met with the E3 political directors and senior officials from Egypt, Jordan, and the GCC to discuss 2 paths open to Iran: continued nuclear escalation & crisis, or mutual return to the JCPOA, creating opportunities for regional economic & diplomatic ties. Time to choose is short. pic.twitter.com/JybS0sh3uM

Sources knowing the preparations for the negotiations say that the parties were thoroughly seeing the visit of the director of the International Atomic Energy Agency, Rafael Grossi, to Iran last week, considering it an indication of Tehran’s approach to the dialogs in Vienna. Afterward, Grossi told the IAEA panel that the talks were ongoing. One of the controversial issues remaining is that Tehran is rejecting inspectors from the IAEA monitoring access to its Karaj centrifuge production facility, which reports suggest recommenced operations.

On Wednesday, Grossi told a Board of Governors meeting that it is seriously affecting the ability of IAEA to rebuild stability of knowledge at the Karaj workshop, which mainly known as crucial about a peaceful return to the JCPOA. In addition, the U.S. Arms Control Association noted that Tehran’s denial to allow the IAEA to install new cameras or verify that uranium production has not resumed could weaken efforts to revive the 2015 deal and its strict verification regime if it is not likely to complete records of the nuclear program of Iran fully.

On Thursday, the United States Mission to International Organizations in Vienna expressed during the meeting of IAEA that if non-cooperation from Iran is not instantly cured – especially the repair of continuity of knowledge at Karaj, the Board of Governors will have no choice but to restart in extraordinary meeting session before the year-end to combat the crisis.

As the nuclear stockpiles of Iran increased, the Arms Control Association says, its breakout time, or it would take to produce plenty of enriched uranium to weapons-grade for one bomb, decreases. However, the association estimates that the current breakout time of Iran is possibly around one month, down from twelve months when the Joint Comprehensive Plan of Action was implemented entirely. The JCPOA limited the enrichment, which the United States left alone in May 2018 under former U.S. President Donald Trump. Last year, Iran resumed enrichment to pressure the United States to ease economic sanctions.

Ned Price, the spokesperson of the State Department, reflected the vagueness surrounding the resumed dialogs on 22nd November, calling the mutual return to compliance with the 2015 agreement a very ambiguous proposition. However, the next day, he told reporters in Washington that the current Iran government shows up in Vienna and shows up in Vienna ready to talk in good faith to build on the development achieved in the last six rounds of dialogs.