Home Updates US and Japan to Hold Virtual Talks regarding Security 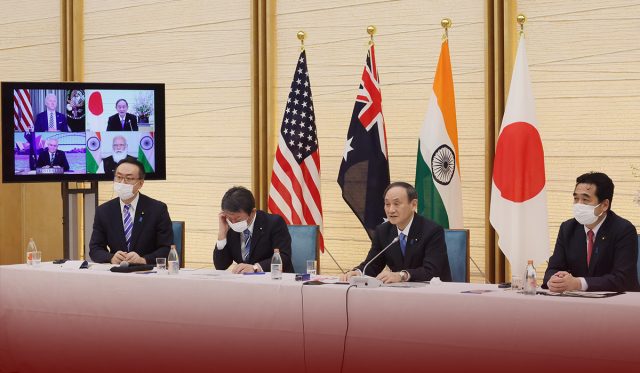 The United States and Japan are planning to hold virtual dialogs this week. They renew their pledge to secure the Indo-Pacific region amid mounting challenges from North Korea and Chinese missile and nuclear threats. On Thursday, Lloyd Austin, the U.S. Defense Secretary, and Antony Blinken, the Secretary of State, will meet Nobuo Kishi, Japanese Defense Minister, and Yoshimasa Hayashi, the Foreign Minister, for the virtual United States-Japan Security Consultative Committee meeting.

This week, the United States and Japan are projected to hold virtual talks to discuss security in the Indo-Pacific region amid the rising security challenges from North Korea and China. pic.twitter.com/Y1WWhfGOm3

Ned Price, the spokesman of the U.S. State Department, stated that during the meeting, delegations of both countries would discuss constructive ways the U.S. and Japan can bolster their alliance to promote an open and free Indo-Pacific region and combat the climate crisis, Coronavirus pandemic, and other worldwide challenges. The meeting comes the same day that Australian and Japanese prime ministers are likely to sign a new security deal intended at setting out for the first time a framework for the defense forces of the nations to work together.

On Wednesday, the Chinese Foreign Minister expressed concern when asked about the merging security deals among the United States, Australia, Japan, and India, informally known as the Quad. Wang Wenbin, the spokesman, told reporters during a regular press briefing that China believes the state-to-state cooperation should improve mutual trust and understanding among nations in the region and protect regional stability and peace, instead of undermining or targeting the interests of any third country.

The first 2022 (2+2) meeting between Japan and the United States comes shortly after the in-person talks of Blinken with Hayashi on the sidelines of the Group of Seven foreign ministerial dialogs in Liverpool, England, in December. G-7 nations asked North Korea for a complete, irreversible, and verifiable abandonment of all illegal ballistic missile programs and weapons of mass destruction.

According to Japan and South Korea reports, North Korea launched an apparent ballistic missile in Pyongyang’s first weapons test of the new year yesterday. Furthermore, the United States said that it continues to consult deeply with Japan, South Korea, and other allies to seek long-lasting peace on the Korean Peninsula through diplomacy and talks.

Price said that they have no evil plan towards North Korea in response to questions from a news agency. The United States is ready to meet without preconditions. On the other hand, Japanese and American officials criticized Chinese activities of individually changing the status quo by force and weapons in the South and East China seas while proclaiming the significance of peace and stability all over the Taiwan Strait.