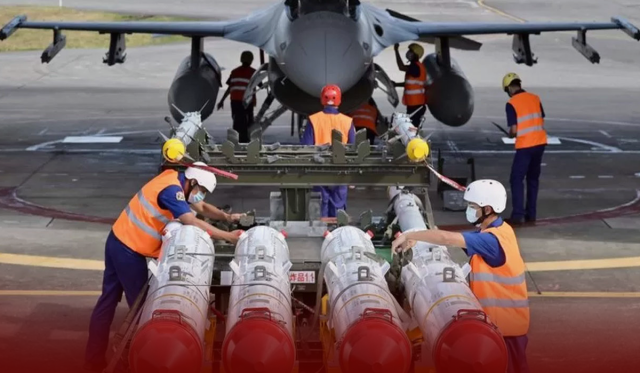 Pentagon officials announced Monday that Washington had approved a $1.1 billion arms supply with Taiwan, which may worsen already heightened tensions. In addition to sixty anti-ship missiles and hundred air-to-air missiles, a contractor logistics support program for a surveillance radar program is included in the arms package, according to the Pentagon’s Defense Security Cooperation Agency.

Pentagon officials announced that Washington has approved a likely $1.1 billion weapons deal with Taiwan, which may worsen already heightened tensions. As part of the arms package, the Pentagon will provide 60 anti-ship missiles, 100 air-to-air missiles, and contractor logistic. pic.twitter.com/9dkQuGCGb0

It includes a radar system for tracking incoming, anti-ship, and anti-air missiles. Earlier this month, Nancy Pelosi, the U.S. House of Representatives Speaker, became the most senior U.S. official to visit Taipei in 25 years. As a result of the weaponry deal, the Chinese embassy in Washington called for the U.S. to revoke it or face “countermeasures.”

Washington-Beijing relations are “severely jeopardized” by this deal, according to spokesman Liu Pengyu. Based on the development of the situation, Beijing will resolutely execute legitimate and necessary countermeasures. The Chinese government views the self-ruled island as an integral part of its territory and insists it should be reunited with the mainland, using force if necessary.

China launched a large-scale military drill last month in response to the visit of an American delegation to Taiwan. The U.S. Congress, strongly pro-Taiwan, will still have to vote on the U.S. arms sale agreed to on Friday. As part of the package, $655 million will be spent on radar warning systems, and $355 million will be spent on 60 Harpoon missiles that can sink ships. In addition to $85.6 million for Surface to Air and Air To Air missiles, the Pentagon has also allocated $75.3 million for the Sidewinder surface-to-air missile.

The U.S. State Department spokesperson said the deal was “essential for Taiwan’s security” and called on China to engage in meaningful dialogue with Taiwan instead of military, economic, and diplomatic pressure. According to the spokesperson, these sales do not represent a significant change in Taiwan’s military capability. Still, they are routine cases to enhance the armed forces and maintain a credible defensive capability.

According to the Wall Street Journal on Friday, the Pentagon created a task force last month to streamline the sale of American weapons abroad. The United States lawmakers said Taiwan failed to fulfill orders it placed years ago. Defense News reported that Harpoon and Stinger’s missiles had been sent to Ukraine instead of the United States due to a backlog.

Joe Biden, on Friday, requested Congress approve $13.7 billion in emergency funding for Ukraine in light of the ongoing Russian conflict. In the past week, the Pentagon reported that American military aid to Ukraine had reached $13 billion. Since January 202, more than $13.5 billion worth of security assistance has been provided to Ukraine by the Biden administration. It is projected that about three-quarters of the aid that Congress authorized for Ukraine has been committed or disbursed.