Home Updates US Consumer Prices surged 5% in May 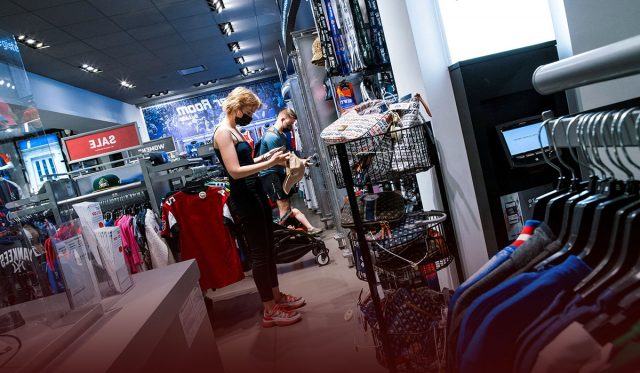 The Labor Department of the U.S. reported on Thursday that the consumer prices in the country increased in May, surging five percent from one year ago, the highest yearly rate in approximately thirteen years. The rise, in several ways, linked to the recovery of the nation from the COVID-19 pandemic, with merchants growing prices as consumers – several of them flush with money from governmental assistance checks – are traveling on vacations, dining again at restaurants, and purchasing big-ticket consumer goods.

US consumer prices jumped sharply in May, suggesting that inflation pressures could be sustained for longer than previously anticipated.

On the basis of month-to-month, prices jumped 0.6 percent from April to May, with prices for used vehicles (such as cars and trucks) playing an extraordinary role in the increase. Clothing and furniture prices, including airline fares, also pushed the entire consumer price index higher. Moreover, the shortage of computer-chip decreased auto production in the United States, becoming the reason for the rise in prices for new vehicles, which in turn increased used car prices.

Fares and the charges of hotel rooms boosted as consumers start traveling again. In the same way, food prices are also up abruptly. Instead of the increased costs for consumers, the United States financial officials say, for the time being, they are peaceful about the long-term effects and expect consumer prices to steady in the coming months.

Furthermore, the current percentage surges, the Federal Reserve, maintained its benchmark interest rate at almost zero to support and back the economic recovery of the country from the coronavirus pandemic. Janet Yellen, the Treasury Secretary, said last weekend that inflation could reach as much as three percent over the whole of 2021, a high number for the United States.

However, it is unclear how much it would increase before Federal Reserve System officials would rein in their financial support improving the largest economy of the world. Fed also expects the inflation rate to increase temporarily this year. Furthermore, a continuous, significant surge in inflation could force the central bank o to tighten its easy-money policies earlier than planned or respond more aggressively later to achieve its two percent average inflation goal.

In the same way, more businesses also increased the costs for consumers because they are facing costly raw materials and wages. Likewise, Food producers said their costs are escalating at an alarming rate, forcing them to raise some prices. Chief economist at PNC Financial Services Group, Inc., said that sharp increases in the prices continue to concentrate in parts of the economy that mostly whipsawed by the coronavirus outbreak.

Read Also: Wealthy Americans withhold over $600b in Unpaid Taxes