Home Updates US Decided not to close Afghan Embassy amid Clashes 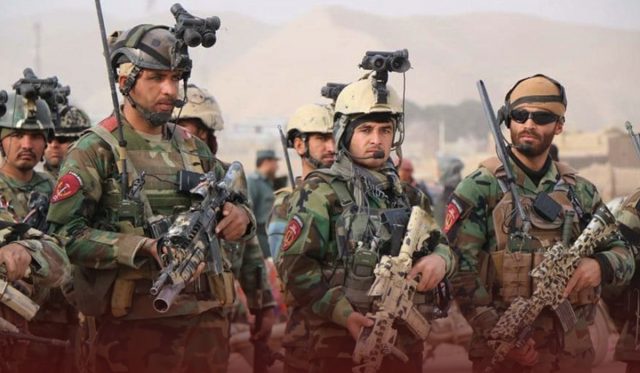 On 4th July, the United States embassy in Afghanistan told the Afghan government that the U.S. decided not to close the diplomatic work because intensified attacks fuel countrywide security concerns while American-led allied troops near a complete removal from the country. The assurance from America comes in response to reports suggesting the U.S. is preparing emergency withdrawal plans for the diplomatic team in Kabul.

U.S. Embassy Kabul tweeted that the embassy in Kabul is open and will remain open even after the evacuation of the troops. Further, it added that under the direction of U.S. President Joe Biden, they would continue to have a strong diplomatic presence in the Afghan capital to perform the range of work they do with the Afghan government and people.

(1/4) The U.S. Embassy in Kabul is open & will remain open. As directed by President Biden, we will continue to have a robust diplomatic presence in Kabul to carry out the range of work we do with the government and people of #Afghanistan. We have no plans to close the Embassy.

Moreover, the statement noted that the U.S. embassy in Kabul was aware of the security challenges of operating in Afghanistan and continuously planning for possibilities and how to lessen risks to the American people and programs. It also said the embassy would adjust American presence as necessary to combat the challenges and was confident it could work in a safe manner to the benefit of the Afghan nation and the bilateral relationship.

As Secretary of State Antony Blinken and President Biden said that while the United States military presence in Afghanistan is ending, the American embassy will continue its humanitarian, diplomatic, and security assistance programs in Afghanistan. Furthermore, the Afghan chaos and uncertainty increased since Friday, when the American officials announced all coalition forces ejected the key Bagram Air Base, about sixty kilometers north of Kabul, after hand over its control to Afghan forces.

Moreover, the Taliban instantly extended control to around a quarter of Afghanistan’s approximately four hundred and nineteen districts since NATO and U.S. allies officially started evacuating their remaining troops from Afghanistan two months ago. Last week, U.S. officials said the reversing process mainly finalized, and the rest of the procedure is expected to be completed by August. Thus, it is slightly earlier than the actual deadline of 11th September, set by Biden.

The Taliban forces captured almost twenty districts in recent days, and most of them located in the northeastern border provinces of Takhar and Badakhshan. On Saturday, over three hundred Afghan administration forces fled the fighting in Badakhshan and took refuge in Tajikistan.