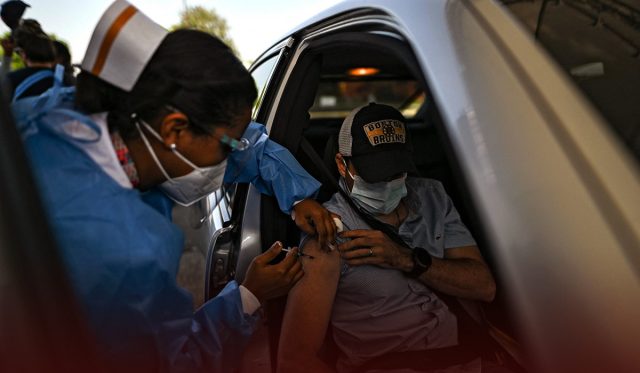 According to the White House Monday statement, the United States decided to send stockpiled sixty million AstraZeneca vaccine doses to other countries to help them after the vaccine approval from the Food and Drug Administration. Moreover, the vaccine doses will deliver in the coming months after the federal review. America has a stockpile of the vaccine even though its federal regulars still not authorized for public use.

Critics accused the American administration of hoarding the COVID-19 vaccine, whereas other nations are in desperate need. The previous month, U.S. President Joe Biden sworn to share almost four million doses of the AstraZeneca vaccine with Canada and Mexico – both of these countries approved the vaccine. Furthermore, the recent crisis in India also superimposed pressure on the Biden government to share United States health resources.

On Monday, the White House announced it expected that around ten million doses of the AstraZeneca vaccine might release when the FDA finishes its review in the coming few weeks. It said that another fifty million doses of the vaccines were in different stages of production. Jen Psaki, the spokeswoman of the White House, said at the press briefing that FDA officials would perform quality checks on doses before they exported.

She added that the team will share additional details about the planning and who will receive offers from here, but they are planning process at this stage. America previously announced that it would provide raw materials for the manufactures of India as the nation combats an overwhelming surge in the new cases. White House states that in a telephone call with Narendra Modi, the Indian Prime Minister, Joe Biden promised more emergency assistance, including vaccine materials, oxygen-related supplies, and therapeutics.

U.S. May does not Need the AstraZeneca Vaccine Jabs

Washington is looking at supplying Coronavirus tests, personal protective equipment (PPE), oxygen, and the antiviral drug ‘remdesivir’ to the health service of India. Until now, the FDA approved three vaccines against coronavirus – Johnson & Johnson, Moderna, and BioNTech. Furthermore, experts say that it looks probably that these will provide all the needs of the country, and the AstraZeneca dose may not be needed.

According to the latest statistics, so far, over fifty-three percent of adults received a minimum of one dose of vaccine. The handling of the COVID-19 pandemic had enough shortcomings, but vaccine production is not one of them. Additionally, the Biden government has plenty of doses, and now it is sharing some of them with other countries in need.

The decision of the administration to ship sixty million AstraZeneca vaccine doses – which still need to approve from the federal health authority for use in the United States – comes at a critical moment, with its neighboring countries such as Mexico and Canada continuing to combat and India facing an overwhelming surge in cases.

It allows the U.S. government to involve in COVID-19 vaccine diplomacy – using the shipments to pressure other countries to follow suit and produce goodwill that may help develop other American foreign policy priorities. Joe Biden is also facing criticism that America turned its back on the world as it sat on a huge number of vaccine doses that it didn’t need in the country for saving lives.

The national risk for the COVID-19 pandemic appears minimal, as long as the United States supply holds up. It indicates the rising confidence of the administration that the national challenge ahead is not one of having enough vaccine doses but convincing all U.S. nationals to receive vaccinations already available.

Read Also: The U.S. to Provide Medical Supplies for Vaccine to Help India