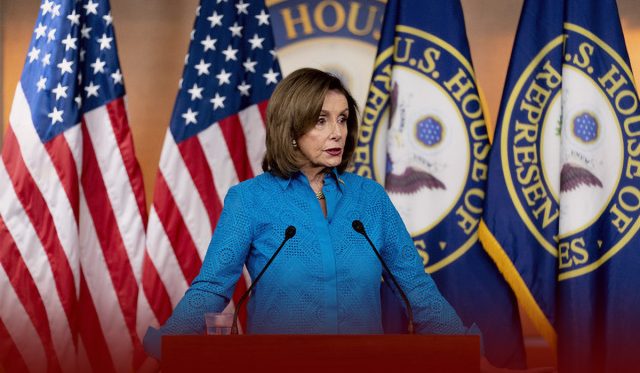 On Thursday, the House of Representatives approved a bill to halt normal trade relations with Russia and its ally Belarus until 2024. On the other hand, Senate action could be postponed by a lingering issue over banning imports of Russian oil. The bill named the Suspending Normal Trade Relations with Russia and Belarus Act passed with 424-8 votes. It will give President Biden authority to surge tariffs on the two countries until 1st January 2024.

US House voted Thursday to halt the current trade status of the US with Russia. The US warned it of further severe economic sanctions if it continued its invasion against Ukraine. Biden announced that the US and its European allies would take additional steps to isolate Russia. pic.twitter.com/NyKi06LCIu

In addition, the legislation directs the United States Trade Representative to pressure other countries to suspend trade privileges for Russia and Belarus push to stop Russian participation at the World Trade Organization (WTO). Belarus supported and backed Russian aggression of Ukraine, so the legislation also blocked the nation from achieving a status of a full member of the world trade body. Additionally, the bill will authorize U.S. President Joe Biden to restore normal trade relations with these countries if they cease war in Ukraine and meet other demands.

However, Congress could revoke that decision with a disapproval resolution. On Thursday, Chuck Schumer, the Senate Majority Leader, said that his chamber would move instantly to initiate the trade legislation and send it to the president’s desk. However, one unresolved issue could delay that process: whether or not it will correspond with the bill banning Russian energy imports, something Senate Republican leaders are pushing for.

The U.S. House passed a bill last week to ban Russian gas, oil, and petroleum products imports. President Biden already announced the move before the bill approval and warned Russia of further consequences. However, Nancy Pelosi, the House Speaker, still did not direct that legislation to the Senate and said that work is still progress. House and Senate trade leaders first announced last week they had an agreement to go ahead with the cancelation of Russian trade status.

The White House expressed its deep concern about the legislation scope and pushed to postpone any action until they could coordinate with United States allies. President Biden announced Friday that he would work with foreign leaders and Congress members to revoke favorable trade treatment for Russia. However, the lawmakers and government continued to negotiate issues such as how much authority to give Biden to restore Russian trade privileges.

Top Republican leaders on the House Committee on Ways and Means said Wednesday the differences had mainly been resolved. Moreover, the bill gives Biden the ability to work with the independent and free government in Ukraine in evaluating Russian behavior, said Representative Kevin Brady. Last week, Biden announced that the United States, along with European Union and the G7, would call for canceling most favorite country status for Russia, referred to as permanent normal trade relations in the United States.

Biden said that the status means two countries agreed to trade under the best likely conditions, including fewer blockades to trade and lower tariffs. This type of move requires approval from Congress. On Thursday, Brady and Neal said in a joint statement that the U.S. must do all it can to hold the Russian president accountable for the unprovoked invasion of the Ukrainian people and destabilizing global stability.

Where Xi Stands on Russian War

Biden and his Chinese counterpart Xi Jinping will speak today as the White House warns China that delivering economic or military assistance to Russia for its aggression against Ukraine will trigger severe sanctions from Washington and its allies. Psaki said the U.S. president would question President Xi about Chinese rhetorical support of Putin and an absence of condemnation of Russian aggression of Ukraine.

On Friday, China again pursued its calls for talks and donations of humanitarian assistance while blaming the United States for provoking Moscow and fueling the war by shipping military arms to Ukraine. Zhao Lijian, the spokesperson of the Foreign Ministry, told reporters that China called for every effort to avoid more civilian casualties all the time. The United States-China relationship may reach a new low with the Russian attack on Ukraine.