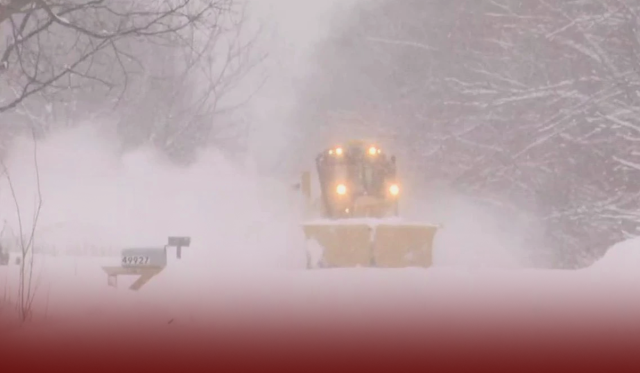 The winter storm that forecasters said was nearly unprecedented in its scope caused bone-chilling temperatures, blizzard conditions, power outages, and the cancellation of holiday gatherings for tens of millions of Americans on Friday, resulting in a winter weather advisory or warning affecting approximately sixty percent of the United States population. The National Weather Service reported advisories or warnings for more than 200 million people on Friday.

A massive winter storm affecting more than 200 million Americans has been linked to at least 12 deaths. In addition, thousands of flights were canceled on Friday due to the outage that affected over 1.5 million people.#WinterStorm2022 #WinterStormElliott #Flights #Americans #US pic.twitter.com/QyyfSsF6Ns

The weather service depicts winter weather warnings and advisories on the map as one of the largest stretches ever seen. Power outage, which tracks utility reports, reports that about 1.4 million homes and businesses have lost power. In the afternoon on Friday, the Tennessee Valley Authority, the nation’s largest utility, announced the end of its rolling blackouts but advised households and businesses to conserve energy. Many residents of northern parts of Georgia and Atlanta were without power and might have to endure wind chills below zero without heat.

In addition, FlightAware reports nearly 5,000 flights were canceled Friday within, into, or out of the United States, causing even more chaos for travelers trying to get home. “Keeping a positive attitude is the only thing we can do,” said Wendell Davis, an American basketball player with a team in France who was waiting at O’Hare after several flights were canceled on Friday. Border to border, a huge storm swept across the country. Toronto Pearson International Airport had all flights canceled by WestJet on Friday morning because of what has been described as a once-in-a-decade weather event.

Thousands of migrants in Mexico waited in unusually cold temperatures near the US border in anticipation of the US Supreme Court’s decision on whether and when to lift COVID-19 restrictions that prevent many people from seeking asylum in the United States. In the Great Lakes region, a bomb cyclone – where atmospheric pressure drops rapidly during a strong storm – has developed, causing extremely heavy winds and snowfall.

The number of fatalities in crashes has reached six crashes on multiple highways, authorities said. For example, an approximately 50-vehicle pileup on the Ohio Turnpike resulted in the deaths of at least two people. In addition, several drivers died in icy conditions on Wednesday, including the driver of a Kansas City, Missouri, vehicle who died after skidding into a creek. Many crashes have also occurred in Michigan, including one that involved nine semi-trailers.

In sometimes icy driving conditions, Brent Whitehead said he drove from Minneapolis to Chicago on Thursday in 7.5 hours instead of six. “I am thankful I have snow tires on my vehicle,” said the driver. In addition, activists were rushing to assist homeless persons. A shelter and warming center in Detroit that can accommodate 100 people provided warmth to nearly 170 adults and children early Friday morning.

Cass Community Social Services executive director Faith Fowler, which operates both facilities, said, “This is a lot of extra people,” but there was no way to turn anyone away. A Chicago nonprofit called Feeding People Through Plants was planning to spend the day coordinating efforts to check on the needs of people without housing. Andy Robledo was going to spend the day organizing his efforts. Using plywood subfloors in the shape of ice-fishing tents, volunteers and Robledo build tents based on ice-fishing tents.

On Thursday night, a homeless outreach team distributed cold-weather survival gear to nearly 800 people sleeping in five emergency shelters in Portland, Oregon. High volunteer demand and staffing issues have led shelters to call for volunteers. Flu and respiratory symptoms have kept some employees from working, while icy roads prevented others from getting to work. In addition, several states have suspended delivery services from DoorDash and Uber Eats, and bus service has been disrupted in places such as Seattle.

Jaime Sheehan’s Maryland bakery lost power Friday for about 90 minutes, resulting in her convection oven and mixer being unable to work. In a brief moment, before the power was restored, she stated, “Gratefully, all of today’s orders had already been shipped yesterday.” A small town in the Commonwealth of Virginia, Phenix, was entering its sixth hour without power when Corey Newcomb and his family arrived for dinner.

“So far, we have been coping,” Newcomb wrote on Facebook. A spokesperson for Governor Kristi Noem of South Dakota announced that the National Guard is being dispatched to help remove snow and haul firewood to the Rosebud Sioux and Oglala Sioux tribes. Rosebud Sioux’s President’s chief of staff, Wayne Boyd, explained that there are families out there who have not been in touch with us in two weeks. They are concerned that some of those stranded have run out of food and hope to be checked by a helicopter on Saturday.

As 3.6-meter snow drifts blocked the house of Harlie Young on the Pine Ridge Indian Reservation, her five children gathered around a wood stove with her 58-year-old father. “At this point, we are just trying to focus on the positives since they are still coming, and they have not forgotten about us,” she said Friday as temperatures plummeted to record lows. School officials in Philadelphia shifted Friday’s classes online due to the freezing weather forecast from the National Weather Service.

Mount Washington in New Hampshire, the tallest peak in the Northeast, was experiencing strong winds of 241 kilometers per hour. The combined forces of rain and high tide in Boston caused waves to overflow the seawall at Long Wharf and flood some streets in the city center. Vermont was experiencing such severe weather conditions that Amtrak canceled service, and nonessential state offices closed early in the day.

At a recent press conference, Mari McClure, president of Green Mountain Power, reported seeing grown trees ripped out by their roots. In a state of emergency declaration, New York Governor Kathy Hochul described the weather as a “kitchen sink storm.” On Friday morning, tidal flooding flooded New York City roads, homes, and businesses. On the outskirts of Queens, police had to wade knee-deep water to rescue motorists stranded in their cars.