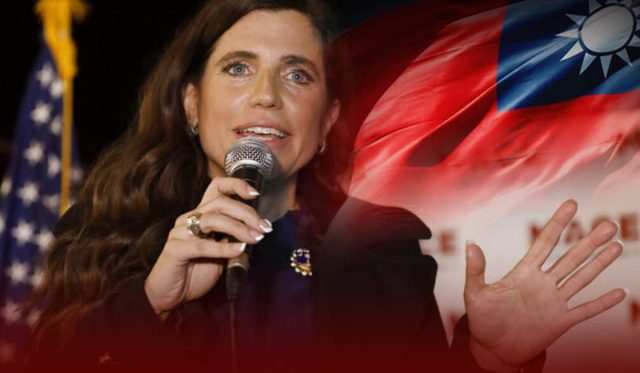 On Thursday, five United States lawmakers arrived in Taiwan to meet with the government officials, defying China to visit the disputed island. Democratic Representative Elissa Slotkin from Michigan tweeted that the largest supplier of microchips in Taiwan so that that supply chain issues will be on the agenda of their meeting with Taiwan officials. She said that her office received a straight message from the Chinese Embassy and telling her to stop the tour.

The auto industry’s largest supplier of microchips is here in Taiwan, so supply chain issues will most definitely be on the agenda.

When news of our trip broke yesterday, my office received a blunt message from the Chinese Embassy, telling me to call off the trip. (2/3)

In the series of tweets, she said that their trip to Taiwan came after celebrating Thanksgiving with United States troops in South Korea. Further, she added that after stops in Korea and Japan, it would be good to connect with Taiwan officials to discuss a whole host of national security and economic issues. Slotkin also added that the U.S. lawmakers came to Taiwan to learn about the region and reaffirm the American commitment to the Taiwanese.

Members of the U.S. Delegation

Moreover, Taiwan holds a tense position in the worsening relationship between China and the United States, with tensions intensifying as China boosts its military force posing and warplane flights across the self-ruled island. This visit comes on the heels of another unofficial visit from American lawmakers earlier this month. Mark Takano, House Veterans’ Affairs Chairman, led the delegation that arrived Thursday. According to Reuters, the board included fellow panel members Slotkin and Sara Jacobs, a Democrat from California, Representative Colin Allred, a Democrat from Texas, and Nancy Mace, a Republican from South Carolina.

Earlier this month, Joe Biden, the U.S. President, made clear that he was not encouraging the independence of Taiwan after using the word to describe the development he made during a conversation of Taiwan with the Chinese counterpart. The president said they have to decide – Taiwan, not the U.S. Further, he added that the U.S. encourages them to do precisely what the Taiwan Act demands.

Biden also referred to the 1979 law dictating the U.S. approach to the Taiwan land. Earlier this month, an unnamed group of American lawmakers landed in Taipei on a Boeing C-40 military aircraft and then took off for Okinawa after a short stay at the airport. The arrival of the delegation sparked instant criticism from China, as it described the tour as an act of provocation.

Read Also: US will Continue to Back Taiwan Defend Itself – Austin