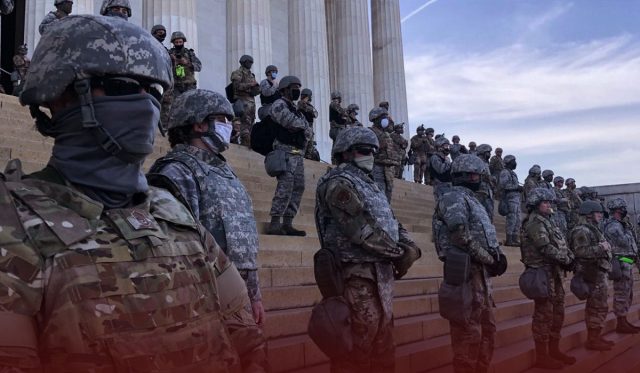 United States military flights resumed early on Tuesday for evacuating diplomats, civilians, and U.S. allies from Afghanistan after the runway clearance at Kabul airport. Yesterday, thousands of Afghan people were desperate to flee after the Taliban captured the capital, Kabul. However, a Western security official at the facility said that the number of civilians at the Kabul airport decreased one day after chaotic scenes in which the United States forces fired to disperse crowds, and people gripped to American military transport plane as it taxied for take-off.

However, some occasional shots were still heard from the airport direction, while streets anywhere in the city appeared calm. United States forces took charge of the Kabul airport, their only way to leave the country yesterday, as the Taliban were wrapping up a dramatic week of advances all over the country with their seizure of Kabul without a fight. On Monday, the officials suspended the flights when at least five people were killed either with a shot or crushed in a stampede.

Local media reported that two local Afghans fell to their deaths from the bottom side of a United States military jet after its departure, crashing on roofs of homes near the airport. An American official told Reuters that American soldiers killed two gunmen Afghans who appeared to fire into the crowd at the airport. Hundred of desperate Afghan civilians tried to clamber onto the American military transport aircraft as it was about to depart.

Despite the scenes of confusion and panic in Kabul, the United States President Joe Biden defended his decision to pull out American forces after twenty years of war – the American longest – that he described as costing over $1 trillion. The president insisted that he had to decide between asking American forces to fight infinitely in what he called the civil war of Afghanistan or follow through on a deal to withdraw negotiated by former U.S. President Donald Trump.

Biden said that he stands steadily behind his decision. He added that after twenty years, he learned the hard way that there was never a better time to pull out United States forces. Facing a bombardment of criticism from even his own envoys, he blamed the takeover of the Taliban on Afghan political leaders who fled and its unwillingness of the local army to fight with the Taliban.

The insurgents’ group captured the biggest cities of Afghanistan in a few days instead of months U.S. intelligence projected, in several cases after discouraged government Afghan forces surrendered despite several years of training and equipping by the U.S. and others. Wang Yi, the Chinese Foreign Minister, told Antony Blinken, the United States Secretary of State, that the quick withdrawal of American troops had a serious negative impact, according to the reports of CCTV, the China’s state broadcaster.

On Monday, Blinken also spoke with counterparts in Turkey, Pakistan, the European Union, the United Kingdom, the North Atlantic Treaty Organization (NATO), and Russia about ensuring regional stability, according to the State Department.

On Sunday, Ashraf Ghani, the Afghan President, left the country as the Taliban entered the Afghan capital, saying he wanted to avoid bloodshed. Furthermore, the United States Security Council called for dialogs to create a new government in the country after Secretary-General Antonio Guterres foretell chilling curbs on human rights and violations of the rights against girls and women.

Several Afghan nationals have concerns that the insurgents’ group will repeat their harsh practices. During their former 1996-2001 rule, women couldn’t work, and punishments such as whipping, public stoning, and beating were common in practice. However, Suhail Shaheen, the spokesperson of the Taliban, told a news agency that they would improve Kabul’s security and respect women and minority rights as per Islamic values and Afghan norms.

Read Also: US President Defends Chaotic US Withdrawal from Afghanistan