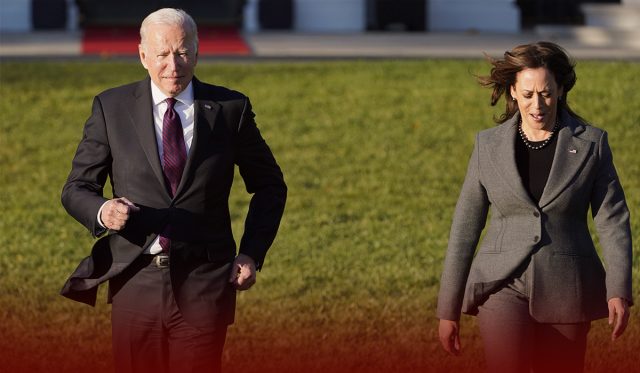 Joe Biden, the United States President, and Kamala Harris, the Vice President, announced to visit the Capitol on January 6 to mark the first anniversary of last year’s riot. Both top leaders will also deliver remarks during their visit to the Capitol for the anniversary of the 2021 Capitol protests, which noticed thousands of former Republican President Donald Trump’s supporters flood into the building after breaching the entrance while Congress was certifying Biden’s victory.

US President Joe Biden and Vice President Kamala Harris will visit Capitol to mark the anniversary of the Jan 6 riot. During their appearance, both leaders will deliver remarks. pic.twitter.com/iNSRI2s3J0

It is still unclear what the president and the vice president will say Thursday, but Biden repeatedly slammed the insurgents who attacked the Capitol, and he referred to the insurgence as a dark day in American history. Additionally, he thanked the police officers who tried their best to control the insurgency at the Capitol.

McCarthy, a Republican from California, said in the letter that this week would mark the first anniversary of the Capitol riots. The actions of that day were illegal and as wrong as can be. Capitol should never be compromised, and people who broke the law should face legal consequences and full accountability.

He added that, unfortunately, after one year, the ruling party seems no closer to answering the key questions of how the concerned security left the Capitol unprepared and what necessary steps should be taken to protect the U.S. Capitol from all threats. He also said Representative Rodney Davis would be sending a note to every party member’s office summarizing measurable and meaningful steps that should take to protect the U.S. Capitol riot from threats.

On December 20, Pelosi announced that ahead of the winter break of Congress, that she was planning to remembrance with several events at the U.S. Capitol. Then, last week, she revealed the events would start with a pro forma session at noon where there will be a statement from the chair presiding over the House chamber, the site of a deadlock between the rioters and Capitol Police that day.