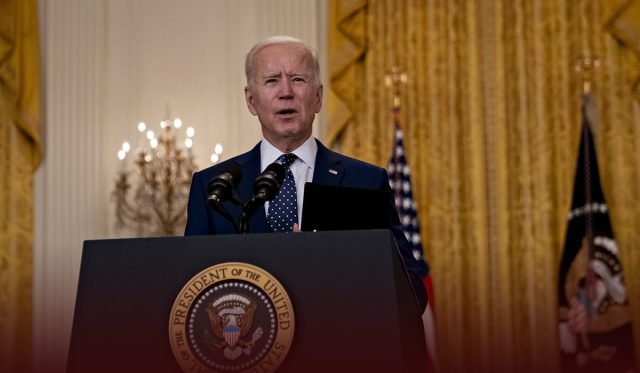 Joe Biden, the President of the United States, praised a ceasefire between Hamas and Israel after an -eleven-day fight over Gaza that killed around 250 people and led to increasing pressure in America to distance itself from the Israeli government of Prime Minister Benjamin Netanyahu.

The American President said at the White House on Thursday that he believes the Israelis and Palestinians equally deserve to live securely and safely and enjoy equal measures of democracy, freedom, and prosperity. Further, he adds that his administration will continue its quiet, persistent diplomacy toward that end.

I believe that Palestinians and Israelis equally deserve to live in safety and security and to enjoy equal measures of freedom, prosperity, and democracy.

My Administration will continue our quiet and relentless diplomacy toward that end. pic.twitter.com/mXe39TyVMz

Hamas and Israel agreed to a ceasefire to end their eleven-day conflict. The truce announcement came amid mounting pressure from the Biden government to stop the clashes, killing around more than 230 Palestinians and twelve Israelis. According to Prime Minister Benjamin Netanyahu, the security cabinet of Israel solidly voted to approve the proposal of Egypt for an unconditional ceasefire with Hamas. The truce will take effect at 02:00 am local time on Friday.

On Wednesday, Biden urged Benjamin Netanyahu to end the violence, telling him in a telephone call that he expected an important de-escalation, according to the reports of the White House. The Democratic president also faced pressure from some of his party leaders to take a solid and harder line against the violence of the Israeli government and voice more substantial support for the innocent people of Palestine, who suffered heavy losses in the clashes in terms of lives and destructed homes.

However, in a signal to Democratic leaders who warned to stop weapons sales to Israel, the president showed his willingness to help reload the Iron Dome missile defense system that Israel deployed to stop the rockets of Hamas from the Gaza Strip. Furthermore, Biden had hesitated to publicly criticize the Israeli government, delaying many days of any public call for a truce. Likewise, he reiterated his previous remarks on Thursday that Israel has a right to defend itself.

“The president and many other figures said Israel has the right to self-defense. But do Palestinians have a right to survive?”

Egyptian Government Played the role of Negotiator between Israel and Hamas

The fight between Israel and Hamas also showed the limits of the administration’s strength to act as a negotiator in issues related to Hamas, which runs Gaza and designated a terrorist group by the European Union, United States, and others. Palestine residents, including the rival Palestinian Authority that directs the West Bank, are cautious of the American government playing the role of negotiator after the last four years of being sidelined by former American President Donald Trump.

In this matter, the Egyptian administration, which has ties with Hamas and Israel, called on to broker a ceasefire. American president spoke to his Egyptian counterpart Abdel Fattah El-Sisi, the President of Egypt, earlier Thursday to discuss the truce negotiations.