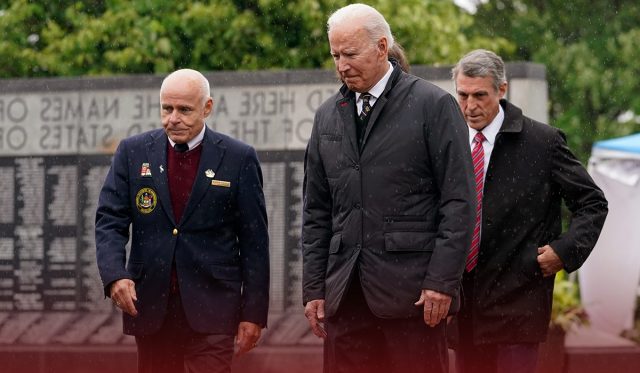 Joe Biden, the President of the United States, sent a warning to the presidents of Russia and China, such as Putin and Xi, during his Memorial Day address on Sunday. Biden said that recently he had a long dialog for about two hours with Chinese President Xi Jinping, and he makes him clear that America always speaks up for human rights across the globe. Further, he adds that he will be meeting with Vladimir Putin, the President of Russia, in some weeks in Geneva to make him clear that America will not stand by and allow him to abuse human rights.

A Memorial Day Service in Delaware

On Sunday morning, Biden spoke at a Memorial Day Service in Delaware, where he offered ease to fallen service members’ families and praised his late son Beau Biden, who served in U.S. Iraq war. The president adds that it is also a significant tradition of his family. Many people know that this day is a difficult day for his family. On that day six years ago, he lost his son. In the first year of Beau’s passing back in 2016, General Vavala did a great honor in inviting his family to an honoring renaming ceremony of the Delaware National Guard headquarters in his son’s honor.

The Bidens visited Beau Biden’s gravesite on the anniversary of his death this morning in Wilmington. The family laid flowers at his gravesite and President Biden shared an embrace with Beau’s son Hunter.
🎥 via CNN’s Adolfo Ibarra pic.twitter.com/zxtvnCwr5V

Biden further continued that they are honored, but it is a hard day, and it Brings back everything. So, he can not thank you enough for the continuous service to the country and your children, and they live in your hearts. Together all have to carry on without them, but it is hard for you. Beau didn’t lose his life during duty, but he was serving in the Delaware National Guard unit of the U.S. in Iraq for one year – the proudest things he did in his life.

The Death Cause of Beau Biden

The ex-attorney general of Delaware, Beau Biden, died in 2015 because of brain cancer. Biden previously suggested that the cancer of his son might link to poisons he exposed to because of military burn pits during his duties in the Iraq War. Biden brought up his issues with the leaders of China as his government refuses to commit to punishing the country should the COVID-19 lab leak theory be proved true.

Karine Jean-Pierre, the U.S. principal deputy press secretary, told reporters during the news briefing that they have not excluded anything yet. He replied to a question when a reporter asked whether the coronavirus emerged in a manner that was thoughtful or not an accident.

Previously, the president said he had asked the intelligence agencies to intensify their efforts to bring them closer to a definite decision and get back to him within ninety days.