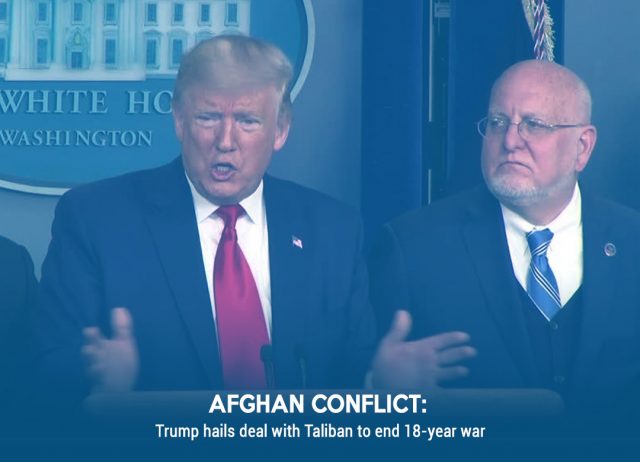 US President Trump after overseeing a peace deal with Afghan Talibans in Doha said it is “time to bring bour people back home” from a war that has tired all. Trump announced that his 5,000 troops would leave Afghan soil by May and he would like to meet Taliban leadership in the near future without specifying the place of meeting.

US and allies from Nato have agreed to call back all troops within 14 months period if the militants respect the historic deal for pace. Intra-Afghan dialogue is de to follow. Under the landmark agreement, Talibs have agreed on not allowing al-Qaeda or any group to use or operate from the territories under their control.

The US invaded the landlocked country weeks after the 9/11 executed by al-Qaeda, at that time based in Afghanistan. The Taliban who were ousted form the power became a resistant force against the invasion ordered by President Bush. Fast forward to 2020, the insurgent force claims and rules over two-thirds of the Afghan land. Over 2,400 United States troops have been killed in a conflict spanned over two decades. Presently, US have 12,000 troops stationed in the country.

Speaking at the White House, Mr. Trump praised the work done under Secretary of State Mike Pompeo, Defense Secretary Mark Esper and congratulated “the people of United States for having spent so much in terms of blood, in terms of treasure and treasury.” 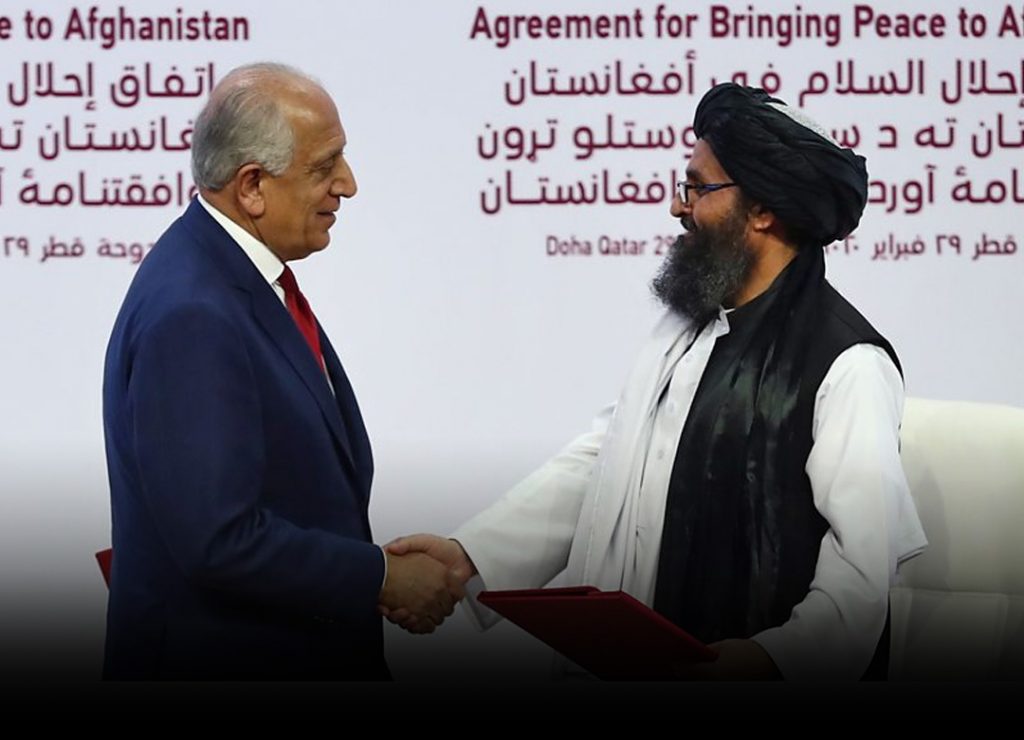 He went on to claim that the group had been trying to reach an agreement with the United States for a long time, and that he believed in the peace and peace process because both sides and people of Afghanistan are now tired of war.

The President added that US troops had been eliminating terrorists and dismantling their networks in the country by the thousands and now it was “time for someone else to do that work and it will be the Taliban and it could be surrounding countries”.

“I really believe the Taliban wants to do something to show we’re not all wasting time,” he added. “If bad things happen, we’ll go back with a force like no-one’s ever seen.”