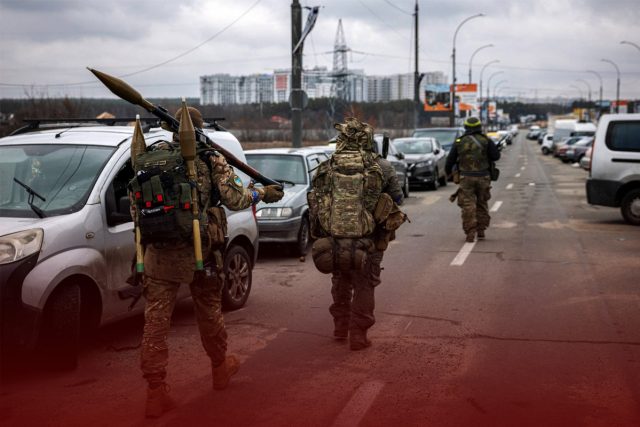 On Friday, the top U.S. and Russian defense officials spoke by phone for the first time in months, as Russian officials expressed an interest in possible negotiations and as Ukrainian forces drew closer to Kherson, the city of Russian occupation located in the southern part of Ukraine. It was agreed that the focus of the conversation between U.S. Defense Secretary Lloyd Austin and Russian Defense Minister Sergey Shoygu was the war in Ukraine, and both countries issued readouts of the discussions.

Top Russian and US defense officials spoke over the phone for the first time in months, as Russian officials indicated that they were open to possible negotiations as Ukrainian forces approached Kherson, the Russian-occupied southern port city.#Russia #talks #Ukrainianforces pic.twitter.com/Via0zswnfT

The Pentagon readout stated that it is important to maintain communication lines throughout the conflict with Ukraine. In a Kremlin press release, the two officials said they discussed “international security issues, particularly the situation in Ukraine. The U.S. defense secretary had demanded a cease-fire in Ukraine on May 13, the last time Austin and Shoygu spoke.

Today “provided a good opportunity to connect” she adds

The Kremlin appeared eager to demonstrate its willingness to engage in dialogue during the latest conversation. The Russian president’s spokesman, Dmitry Peskov, stated on Friday that he had been open to negotiations. Remarkably, Putin attempted to initiate talks with NATO and the U.S. even before the special military operation,” Peskov added, referring to the Russian term used to describe the conflict in Ukraine.

Earlier Friday, Turkish President Recep Tayyip Erdogan expressed hope that negotiations may resume, saying Putin appeared to be “much softer and more receptive to negotiations. In the past, U.S. and NATO officials have repeatedly stated that the quickest way for Putin to end the fighting would be to withdraw the Russian forces from Ukraine, which he has refused to do.

Western officials have also stated that Ukraine must agree to the terms of any settlement, as Ukraine has vowed to take back all territories currently occupied by Russia, including Crimea, which Russia annexed in 2014. Although Moscow has made apparent overtures, it has consistently refused to negotiate the return of the four Ukrainian regions it annexed in December.

Moreover, Volodymyr Zelenskyy, the Ukrainian president, has ruled out any future talks with Moscow if Putin remains in power. The Secretary of State of the United States, Antony Blinken, stated on Friday that it appears that Vladimir Putin has no intention of engaging in effective diplomacy. A press conference held in Washington with his French counterpart, Catherine Colonna, indicated that President Putin continues to push in the opposite direction rather than engaging in meaningful diplomacy.

It continues to be a struggle between Ukrainian and Russian forces in the Kherson region, with Ukrainian forces closing Russian resupply routes across the Dnieper River. Ukraine’s southern operational command reports that the Ukrainian troops struck a key bridge late Thursday, in addition to several ferry crossings and pontoon bridges used by the Russians to supply their forces in Kherson.

In a separate attack at a ferry crossing in the region, the Russian government accused Ukraine of killing at least four civilians. The Ukrainian government has confirmed that it has fired in the area, but only during hours of the curfew, during which civilians were not authorized to be outside. Kirill Stremousov, a regional official with Kherson’s Moscow-installed administration, has stated in a video posted on Telegram that the city is preparing for defense and can defend until the last resort.