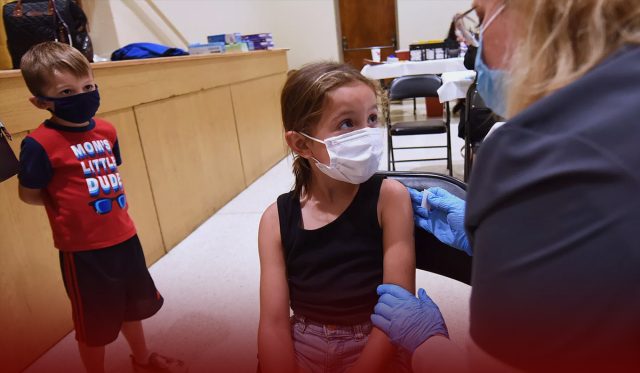 According to a document from the United States Centers for Disease Control and Prevention (CDC), the federal government plans to start administering Coronavirus vaccine doses or kids under the age of five as early as 21st February. Furthermore, the United States Food and Drug Administration (FDA) is considering approving the use of BioNTech and Pfizer Inc COVID-19 vaccine in the above-specified age group. However, it didn’t achieve a crucial target during the clinical trial of 2- to 4-year-old children.

The Biden government is considering announcing Coronavirus vaccine shots for kids under five as early as 21st February. The FDA is planning to approve the use of the BioNTech and Pfizer vaccine in the above-specified age group, although it could not meet a crucial target. pic.twitter.com/3jUDuzvAMd

Both drug manufacturers said that they submitted statistics supporting approval at the request of the FDA to combat an immediate public health need in the age group. As a result, external advisers to the FDA organized to meet on 15th February to discuss whether the regulator approved the COVID-19 vaccine. The vaccine rollout for kids under five, the only age group still not eligible for the doses, set to start less than one week after the meeting.

According to the document of CDC, the United States administration is planning to ship around ten million shots of the Pfizer/BioNTech COVID vaccine to states and other individual bodies before February end, should the federal agency authorize their use. CDC said that there are almost eighteen million kids aged between six months to four years in the U.S., and there will be further supply ahead of the first ten million shots.

The initial rollout, which set to start on 21st February, will prioritize those areas where kids are at higher risk of severe Coronavirus disease. Federal Pharmacy partners and states will receive 2nd and 3rd shipments of shots on 23rd February and 25th February or around one week after the recommendation of the CDC. In addition, young kids will receive a lower shot of the vaccination after authorization.

Pfizer/BioNTech tested a three-microgram vaccine shot in the age group, relative to the ten micrograms shot in five- to eleven-year-olds and thirty micrograms for individuals aged twelve and older. According to the statistics that the National Association of County and City Health Officials received, during the last rollout of vaccine shots for kids, around thirty-five percent to forty percent of kids ages five to eleven received vaccination shots at pharmacies. There are around eighteen million kids ages six months through four years in the U.S. who are likely eligible to receive vaccination against Coronavirus.