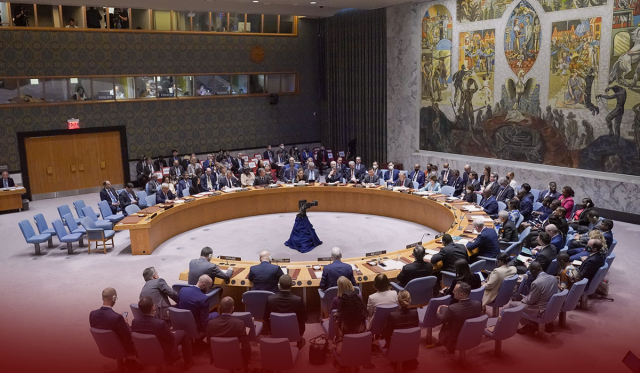 It is hoped that other nations will act upon the United States’ call for Russia to stop making nuclear threats and to end “the horror” of its war in Ukraine at a high-profile UN Security Council meeting on Thursday when top diplomats from all three countries spoke – however, they did not reach an agreement.

A significant development in the war happened this week: Russia invoked a portion of its reserves for the first time since deadly World War II during the session held alongside the annual UN General Assembly gathering of world leaders. In the meantime, President Vladimir Putin stated that if there were a threat against his country’s territory, his nuclear-armed country would use “all available means.”

Blinken called on all members of the UN Security Council to “send a clear message” to Russia, urging it to cease its nuclear threats. Previously, Putin said that the country would “certainly use all means” to defend its territory and its citizens if its territory is threatened. pic.twitter.com/VoeuCFeBnA

Antony Blinken, U.S. Secretary of State, viewed Putin’s remarks as particularly jeopardized given the upcoming referendum in the Russian-controlled parts of eastern and southern Ukraine regarding the possibility of becoming part of Russia. It is important to note that Western nations condemned the results of those elections as illegal and non-binding. In the wake of these events, Moscow may consider any Ukrainian attempt to retake those areas as an attack on Russian territory, Blinken said.

“Each council member should convey to the rest of the council that these reckless nuclear threats must be stopped at all costs,” he added. As part of his remarks during the council meeting, France called to discuss accountability for alleged abuses and atrocities during nearly seven months of the war; Russian Foreign Minister Sergey Lavrov did not mention his country’s nuclear capability or upcoming troop mobilization.

Instead, Lavrov reiterated the usual Russian claims that Kyiv has oppressed Russian speakers in Ukraine’s east for a long time – one of the reasons Moscow has offered for the attack – and that Western support for Kyiv is a direct threat to his country. In particular, he found it cynical of states to supply Ukraine with weapons and train its soldiers, arguing that they intended to prolong the fighting so Russia would become exhausted and weak.

Tell Putin to Stop the Horror

Lavrov described the policy as implying the direct involvement of the West in the conflict. Additionally, he stated that the Ukrainian situation had become a staging ground for anti-Russian threats against Russian security, and his country would not accept this situation. Since the conflict erupted in February, several contentious meetings have taken place in Ukraine. However, Thursday’s session was the most significant of those discussions.

It shows the extent to which President Putin has disregarded the United Nations Charter, the UN General Assembly, and this council by adding fuel to the fire he has started by choosing this week during the United Nations gathering. Blinken told foreign ministers around the famous horseshoe-shaped table of the group. Please tell President Putin to end the horror he has started. We urge him to refrain from placing his own interests above the interests of the rest of the world, including those of his own people,” Blinken concluded.

Russia has a Veto Power

As a permanent member, Russia has veto power, so no action is expected against it by the council. However, the meeting was still a scarce occasion for top diplomats from Ukraine and Russia to come together in the same room. Furthermore, Lavrov is under United States sanctions, which further enhanced the rarity of the meeting. In an indication of the charged environment, Ukrainian Foreign Minister Dmytro Kuleba obstructs council staffers as they prepare to mark Ukraine’s seat next to Russia’s. In the end, the placard was moved to a different location.

Before the meeting, Kuleba joked that he would maintain a “social distance” from Lavrov. But it turned out he didn’t have to: The Russian appeared just before speaking and left right after, prompting Kuleba to quip later in his speech that “Russian diplomats flee almost as quickly as Russian soldiers.” Moreover, according to James Cleverly, the British Foreign Secretary didn’t think Lavrov was interested in hearing the council’s collective condemnation.

Lavrov’s decision not to hear other speakers in person was described by Norwegian Prime Minister Jonas Gahr Stre as a sign of insecurity in an interview with The Associated Press. A private exchange took place between Lavrov and his allies in which the latter accused the United States of concealing alleged misdeeds by the Ukrainian government under the reasoning that “he’s a son of a bitch, but he’s our son of a bitch.” Kuleba later criticized Russia for using “inappropriate slang.”