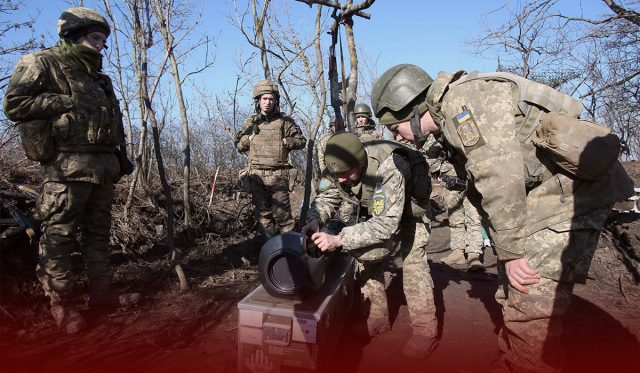 Joe Biden, the President of the United States, said that his government will provide another $800 million in military assistance to Ukraine and will resume direct training of the Ukrainian military to help bolster its defenses against likely Russian invasion in the east. On Wednesday, Biden stated that the aid package would include armored personnel carriers, helicopters, artillery rounds, and artillery systems. The U.S. president announced during a telephonic conversation with Ukrainian President Volodymyr Zelensky.

Pentagon officials, the US will resume direct training of the Ukrainian military with the approval of another $800 million in security assistance for the war-torn country. The military grant includes radar defense systems, Claymore anti-personnel mines, and 105 mm howitzers. pic.twitter.com/m8t96HXK5j

Specifically with the eighteen towed 155-millimeter howitzers and forty thousand artillery rounds, which the United States provided for the first time. As the Russia-Ukraine war enters a new phase, the Pentagon hopes to help even the odds against the Russian military. On the other hand, Pentagon officials said that Russia is likely to resupply and strengthen its forces in the Donbas region.

On Wednesday, Pentagon spokesperson John Kirby told reporters that it was the first time the U.S. provided the associated rounds and 155mm howitzers. In addition, the package also includes:

JUST IN: Here’s the full list of weapons part of the Biden administration’s $800 million aid package for Ukraine. Of note, 155-millimeter howitzers and 40,000 artillery rounds. It’s the first time the U.S. military has provided artillery pic.twitter.com/8kyaebBvho

Will the U.S. deploy troops in Ukraine?

Some days before the Russian aggression, the U.S. withdrew around two hundred Florida National Guard troops from a training mission. A small number of Ukrainian personnel in the U.S., as part of an exchange program preceding the beginning of the war, recently received training on American-backed Switchblade drones.

Kirby stated that Pentagon still has not decided on the location of the new training for the incoming defensive systems and weapons but that it likely would occur in several locations. Further, he said that no United States troops would enter Ukraine physically. Officials said that the war-torn country’s $800 million aid package constitutes the 7th such drawdown from American weapons stock. The package includes eleven Mi-17 Soviet-designed helicopters and armored Humvees, protective suits, and forty thousand artillery shells.

On Tuesday, a United States defense official told the Washington Post that Mi-17 helicopters wouldn’t be included in the assistance package. However, the Pentagon said that the aid package would consist of eleven helicopters, adding five provided to Ukraine earlier this year. After speaking with Zelensky, Biden stated that the assistance would contain several highly effective weapon systems they had already delivered to Ukraine.

Meanwhile, Kyiv accused Moscow of blocking aid groups to civilians forsaken in Mariupol. Earlier this week, local officials said that around twenty-one thousand people had died there since the attack. Russia denied targeting civilians during its aggression in Ukraine instead of accusing Kyiv of civilian deaths and blaming Ukraine for belittling the country’s military.