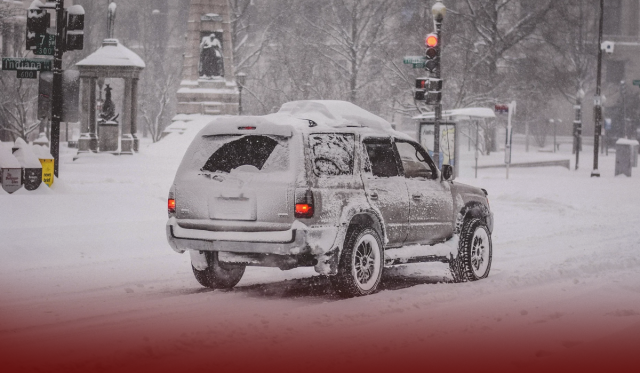 It is forecast that a major winter storm accompanied by a cold blast will affect nearly every state and cause travel to be disrupted on some of the busiest travel days of 2022. The National Weather Service refers to this event as a “once-in-a-generation event.” Weather Service officials warn of “life-threatening” wind chills for millions in the Midwest due to the strengthening storm. In addition, the storm may produce more than a foot of snow and blizzard conditions as it sweeps through the Midwest.

Weather forecasters say the coldest Christmas in four decades may occur in the US due to a major winter storm sweeping the country this week. By Friday, it will become a “bomb cyclone” due to the “once-in-a-generation” cold blast that began Tuesday.#christmas2022 #Christmas pic.twitter.com/pW6ruEWkPV

Winter weather alerts are in effect for over ninety million people, and wind chill alerts are in effect for over eighty-seven million people. Alerts have been issued in 37 states, extending even as far south as the border between Texas and Mexico. Over a hundred million people, approximately a third of the US population, are currently under winter and wind chill alerts, according to the National Weather Service. Christmas weekend will continue to be cold, making it the coldest Christmas for portions of the Plains and Midwest in roughly forty years.

Heavy snow will fall across parts of the Rockies, Northern Plains, and the Midwest throughout the day as the storm strengthens over the Northern Plains. As a result, cities such as Minneapolis, Omaha, and Rapid City will experience slick roads that will cause travel headaches and airport delays. Throughout the region, this system is expected to bring five to nine inches of light, fluffy snow, with the highest accumulations just north and west of the Twin Cities.

High winds will not begin to affect the region until Thursday, even though snow will fall steadily across the region. By daybreak on Thursday, Denver will experience temperatures 10 degrees below zero, down from a high of 47 on Wednesday. According to the weather service, those temperatures would make the city’s coldest day in 32 years. During a recent cold spell, Cheyenne, Wyoming, experienced a 32-degree drop within eight minutes.

It is also expected that several inches of snow will fall this afternoon and into early Thursday morning, making travel difficult. The day of travel on Thursday will be the most challenging. This storm will severely affect the Midwest regions due to heavy snowfall and strong winds. We will likely experience blizzard conditions and potentially deadly wind chills on Thursday and Friday in western Minnesota.

Whiteout conditions are predicted during that period, causing travel difficulties or impossibilities. In addition, wind chills of 30 to 45 below zero may make this event life-threatening for those stranded. Blizzard conditions could also affect Chicago, with wind gusts reaching 50 mph and snow accumulations of 2 to 4 inches expected. Overall, concerns continue to grow over the rapid development of dangerous conditions Thursday afternoon that may have significant implications for the evening peak travel period,” according to the Chicago office of the National Weather Service.

In addition, strong winds may result in the loss of power lines in parts of the Midwest, particularly in regions that experienced heavy snowfalls last week that are currently weighing down tree branches. Millions of people cannot stay warm with temperatures plummeting well below freezing. Throughout the southern states of Mississippi, Tennessee, and Alabama, snow is expected to fall on Thursday. However, most southern cities are expected to see little or no snow accumulation.

From the South to the Northeast, dozens of airports have issued travel waivers ahead of a week of travel headaches. Additionally, low visibility can make air travel more hazardous, as well as the snow covering the roads. On Wednesday evening, FlightAware reported that at least 1,000 flights had been canceled in the United States. The three largest airports are Chicago Denver International Airport, O’Hare International Airport, and Chicago Midway International Airport.

Due to their busy status as hub airports, cancellations at these airports could have a wider impact on travelers. In addition, they often serve as transit points for travelers transferring to another destination. Travel is expected to be particularly busy on Thursday, the busiest day before Christmas. The storm is expected to be most severe Thursday evening and Friday.